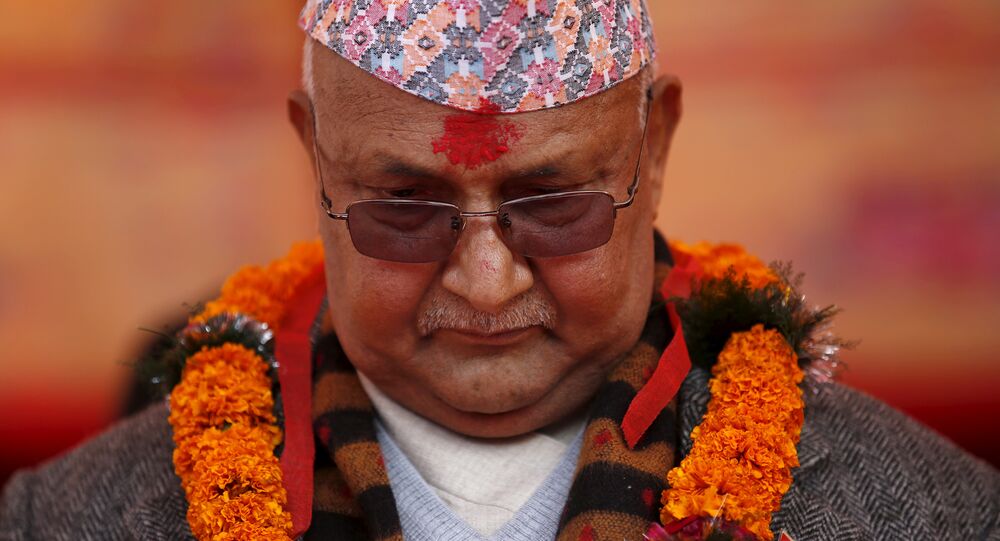 India's Tug of War in Nepal Begins After PM Resignation

India is alleged to have played a role in bringing about the regime change in Nepal, but instability in Nepal will give China room to maneuver as it has its own groups and supporters there.

© AP Photo / Kim Kyung-Hoon
Tank Deployment, Expulsion of Journalists - China Warns India of ‘Serious Consequences’
Further, India needs to understand the new reality in Nepal, that any new government, even if it is a pro-Indian, may not provide the panacea to all economic and other hardships and will have to seek partnership with China.

After Sharma Oli's resignation, Maoist leader Prachanda will become the head of state in alliance with the main opposition party Nepali Congress.

Although Maoist leader Prachanda has been known to be pro-Indian, he also has ties to China and it can be expected that Beijing will try to broaden their relationship with him in the future.  The vast majority of citizens in Nepal favor  China over India as they regard the former as a driver of the growth in their economy.