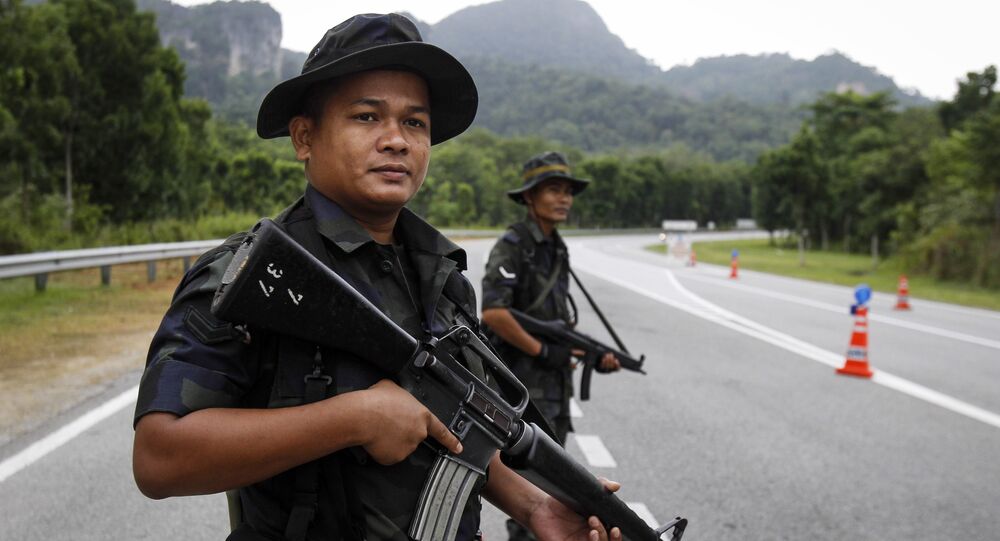 MOSCOW (Sputnik) — A total of 14 suspects were arrested, "twelve of them are members of an IS [Daesh] cell broken up last month," the Inspector-General of Police, Khalid Abu Bakar said as quoted by FMT News.

The suspects are believed to take orders from Muhammad Wanndy Mohamad Jedi, a man allegedly behind the attack on a restaurant in Puchong district outside of Kuala Lumpur on June 28.

"One of them had admitted that he received an order from Wanndy to build an IED [improvised explosive device] for a planned attack in the Klang Valley [Greater Kuala Lumpur]," the inspector-general said.

Daesh is a terrorist organization, outlawed in many countries, including Russia.

Who's Next? Top Malaysian Leadership on Daesh Terrorisrs Kidnap List