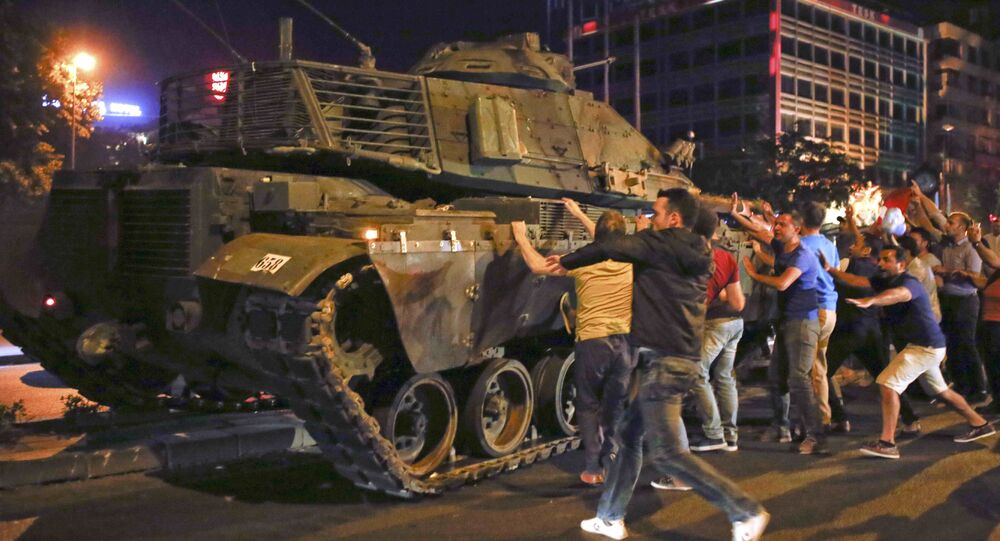 A military coup attempt in Turkey was allegedly led by the ex-commander of the Turkish Air Force, Akin Ozturk, DHA agency reported.

© AP Photo / Emrah Gurel
Military Coup Attempt in Turkey: Five Things You Need to Know
For about a year, Ozturk has been suspected of attempt to organize a military coup, the DHA reported.

The media noted that Ozturk could decide to carry out the military coup attempt before the upcoming military council, where his possible links with Turkish opposition cleric Fethullah Gulen were to be discussed.