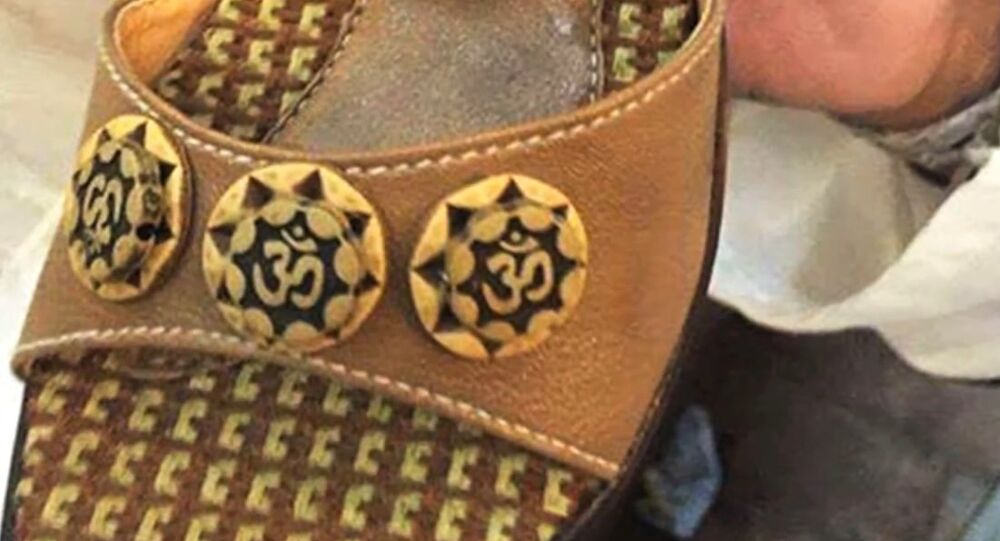 Wouldn't Want to Be in His Shoes: Man Arrested for Selling ‘Om’ Sandals

A Pakistani shop owner, who was selling sandals and carrying the sacred Hindu symbol of Om, was arrested under the country’s tough blasphemy laws on Monday.

Police of Tando Adam, a town in Pakistan's Sindh province, seized Jehanzeb Khaskheli at his shop in Shahi Bazaar, and a report was registered against him under Section 295-A of the Pakistan Penal Code — deliberate and malicious acts intended to outrage religious the feelings of any class by insulting its religion or religious beliefs.

© Photo : Mooshikasena
Meet Dinkoism: India's Brand New Mouse-Worshipping Religion
A few days before that a Hindu woman had visited the shop and noticed the offensive footwear there. When she expressed her anger over it, the shop owner could not offer any explanation.

Khaskheli told police that he had purchased the stock from different traders in Lahore and did not remember exactly which one of them had supplied him the sandals with the Om symbol. All the shoes with the sacred symbol were confiscated after protests by Hindu community activists, district police chief Farrukh Ali told reporters.