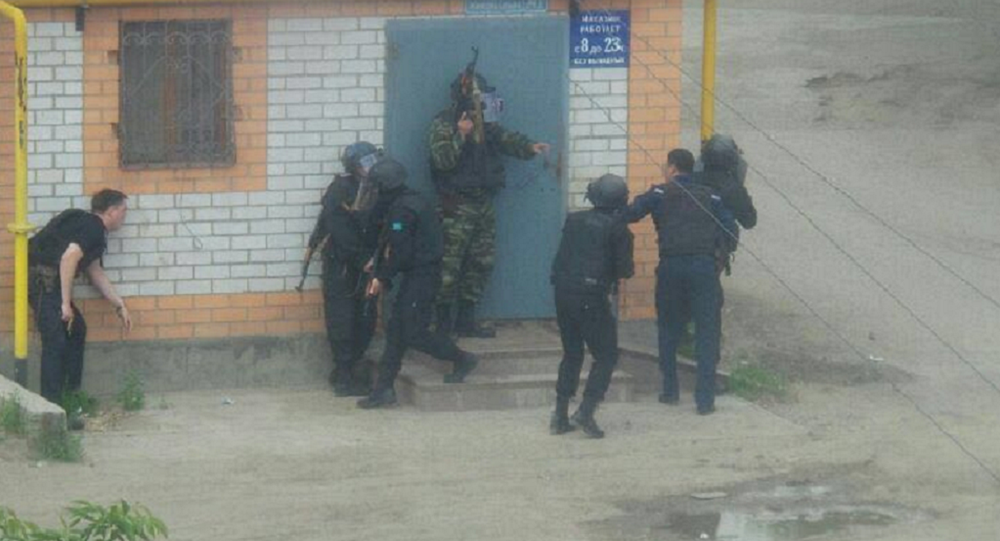 Gunmen Kill, Wound Civilians in a Shooting Spree in Kazakhstan

At least 3 people killed and more than 20 people were injured on Sunday in a shooting in the northern Kazakhstan's city of Aktobe, while local authorities started evacuation of civilians, local media reported.

MOSCOW (Sputnik) — According to the local Diapazon newspaper, the criminals attacked arms shops to get weapons before reportedly taking hostages near a military unit and attacking a local police department. The newspaper added that police forces carry out special operation in three different districts of the Kazakh city. The evacuation of local residents in districts affected by the operation is reportedly underway.

The spokesman for Kazakh Interior Ministry on Sunday confirmed the fact of shootings in country's northern city of Aktobe, as well as casualties among attackers and Kazakh servicemen.

"Today at 15:45 Astana time [11:45 GMT] department of internal affairs responsible for Aktobe Region received a message about attack of unidentified individuals on 'Pallada' arms shop in the city of Aktobe. At 15:45 local time it was found out about an attack on one more arms shop and a military unit… During the attack Pallada's salesman was killed and one more person was injured. In a military unit an officer and a serviceman were killed. Nine more servicemen were injured," Almas Sadubayev said, as quoted by the Vlast magazine.

He added that at least three attackers were killed, one injured and one more detained.

Earlier in the day, local media reported citing medical source, that dozens of people were injured, while there were still no reports about the killed people.

Police Break Up Unsanctioned Protests Over Land Reform in Kazakhstan