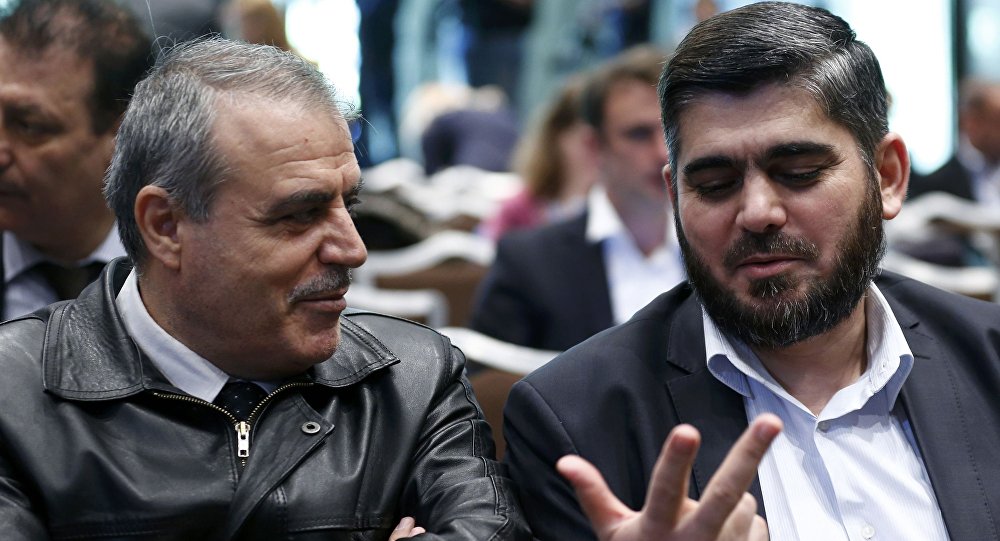 HNC will make a decision on who will replace former HNC chief negotiator June, a spokesman for the HNC told Sputnik on Saturday. 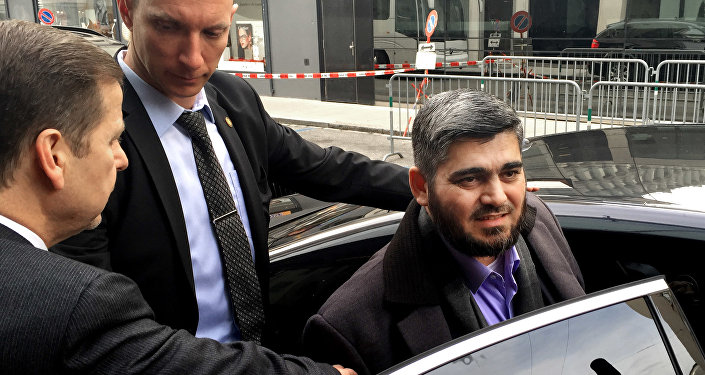 © AP Photo / Bassem Mroue
Ex-Chief Negotiator Alloush to Advise HNC on Security After Resignation
CAIRO (Sputnik) — The Syrian opposition's High Negotiations Committee (HNC) will make a decision on a candidate, who will replace former HNC chief negotiator Mohammed Alloush in June, a spokesman for the HNC told Sputnik on Saturday.

On May 29, Mohammed Alloush announced his resignation from the office of HNC's chief negotiator.

"There is no possibility to take up Alloush's post, otherwise than as a result of the decision taken by the HNC. We will gather for this issue in June," Riyad Naasan Agha said.

© REUTERS / Denis Balibouse
Syrian HNC Denies Abolishing Chief Negotiator Post After Resignation of Alloush
He added that the committee had not received either a notification about the date of the next round of intra-Syria talks or invitation to the next round of negotiations from UN Special Envoy for Syria Staffan de Mistura.

A Syrian government delegation, as well as three opposition groups — the Riyadh-formed HNC, the Moscow-Cairo and the Hmeimim groups have been taking part in the UN-mediated Geneva talks.

The latest round of intra-Syrian talks took place in Geneva on April 13-27. The HNC walked out of the negotiations, citing the continuous fighting in Syria and the lack of progress on humanitarian issues.

Ex-Chief Negotiator Alloush to Advise HNC on Security After Resignation

Lavrov: Date for Next Round of Syrian Talks Not Set Because of HNC