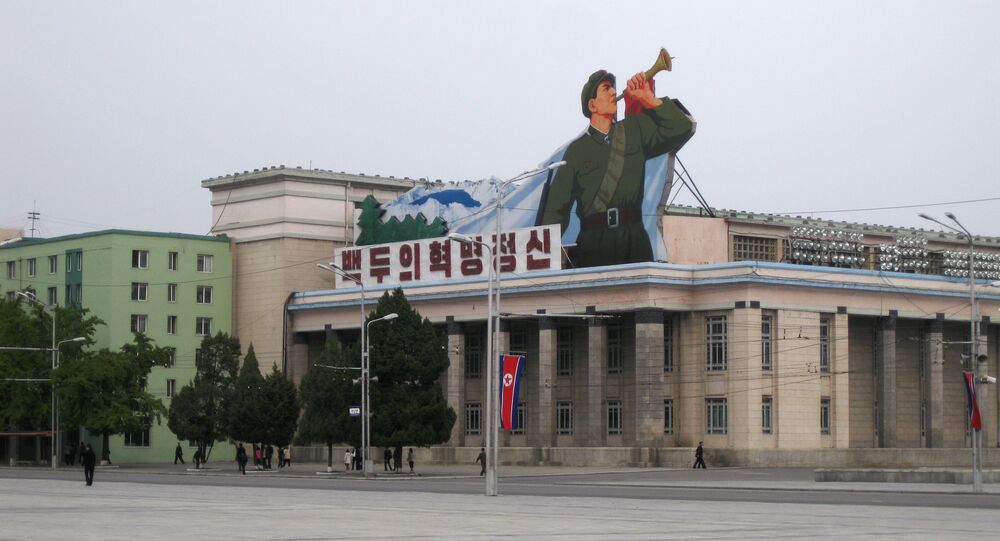 No Refugees, No US Missiles, No Worries: Why China Props Up Pyongyang

While China has tightened sanctions on North Korea, Beijing will continue to help Pyongyang to survive because of wider security concerns for the region, , Ivan Eland, Senior Fellow and Director of the Center on Peace & Liberty at the Independent Institute, told Radio Sputnik.

On Tuesday South Korea reported that North Korea tried but failed to carry out an intermediate-range ballistic missile launch.

On Wednesday the Japanese Foreign Ministry announced that Tokyo, along with Seoul and Washington, have agreed to increase pressure on North Korea for failing to show commitment to denuclearization, calling Tuesday's experiment "completely unacceptable," Japan's Kyodo news agency reported.

​While China has tightened its sanctions against North Korea in response to its nuclear and ballistic missile programs, which have been condemned by several UN Security Council resolutions, Beijing has resisted pressure to go further, Ivan Eland, Senior Fellow and Director of the Center on Peace & Liberty at the Independent Institute, told Radio Sputnik.

© REUTERS / KCNA
Japan, US, South Korea Agree to Step Up Pressure on North Korea
"Sanctions have been tightened of course, but really you need to get China to  curtail energy exports to North Korea, which is really key, and any other trade leaking through the northern border and I'm not sure China is willing to do that."

"China has a key interest in propping up North Korea. Firstly it doesn't want a lot of refugee flows, and second of all it doesn't want the North Korean government to collapse and have the situation that happened in Germany, where Korea is ruled by the government that's now in the South, which is allied with the US."

"In other words, it doesn't want US forces, or bases, or intelligence bases right on its border."

However, China is faced with a dilemma because North Korea's missile launches give the US a case for carrying out exercises with South Korea, or for the deployment the THAAD anti-ballistic missile system there.

"China is very annoyed with North Korea for doing nuclear and missile tests because it knows that it causes the US to put the THAAD anti-missile system in there, and of course China doesn't like that because it threatens Chinese security."

© RIA Novosti . Andrey Zharov
Trump the Peacemaker? Candidate Gets Endorsed by North Korean Press
Eland said that the North Koreans persist with missile launches despite international sanctions because they want to be a big international player with prestige, and also to demonstrate to the US that North Korea can defend itself from a US "regime change" invasion.

After the first Gulf War, the Indian army's chief of staff was famously quoted as saying the lesson of the war was, "Don't fight the Americans without nuclear weapons," a lesson that Pyongyang has taken to heart, Eland said.

"He said, if you want to keep the US out, get nuclear weapons. and I think the North Koreans have seen US behavior towards Iran and Iraq and these countries – whether you agree with this nutty regime or not – they are paranoid, and US policy and the policy of South Korea and Japan has made them even more paranoid than they already are."