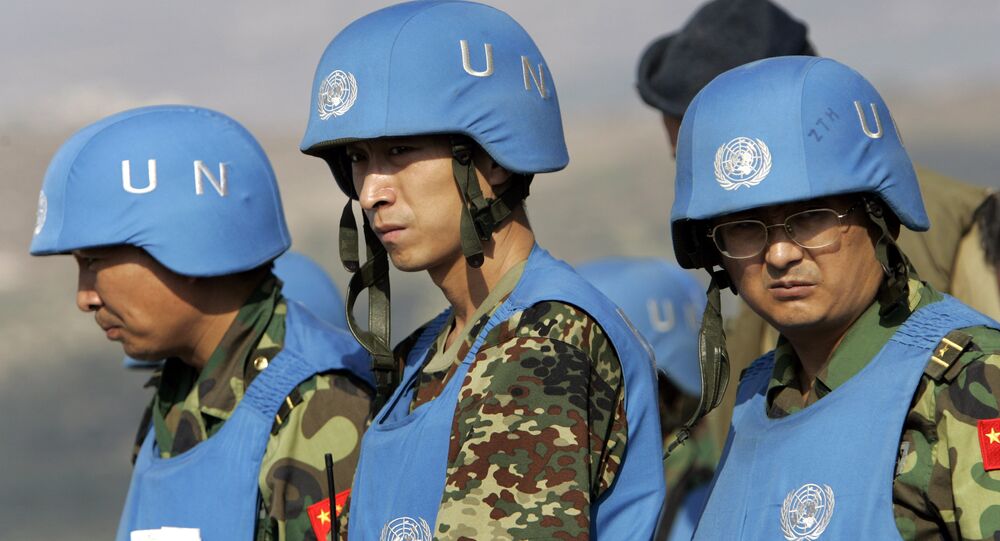 China to Deploy Almost 400 Peacekeeping Troops in Mali in May

China will deploy 395 peacekeeping troops in Mali under the auspices of the United Nations, local media reported Thursday.

BEIJING (Sputnik) – China will deploy 395 peacekeeping troops in Mali under the auspices of the United Nations, local media reported Thursday.

© AFP 2020 / PRAKASH SINGH
China's Troops in Pakistan May Be an Attempt to Bypass the US on the High Seas
A group of 195 peacekeepers was sent to the western African state on Wednesday, while 200 others are expected to arrive by May 26, according to the Xinhua News Agency.

The Chinese troops are said to include military engineers, medical workers and security officers, who will spend a year in Mali.

The United Nations Multidimensional Integrated Stabilization Mission in Mali (MINUSMA) was created in accordance with the UN Security Council Resolution 2100 of April 25, 2013.

Almost 12,000 personnel from more than 50 states try to ensure stability and political process in Mali that in 2012 suffered a rebellion of the Tuaregs, ethnic minority from the northern part of the country, a military coup and an Islamist insurgency.