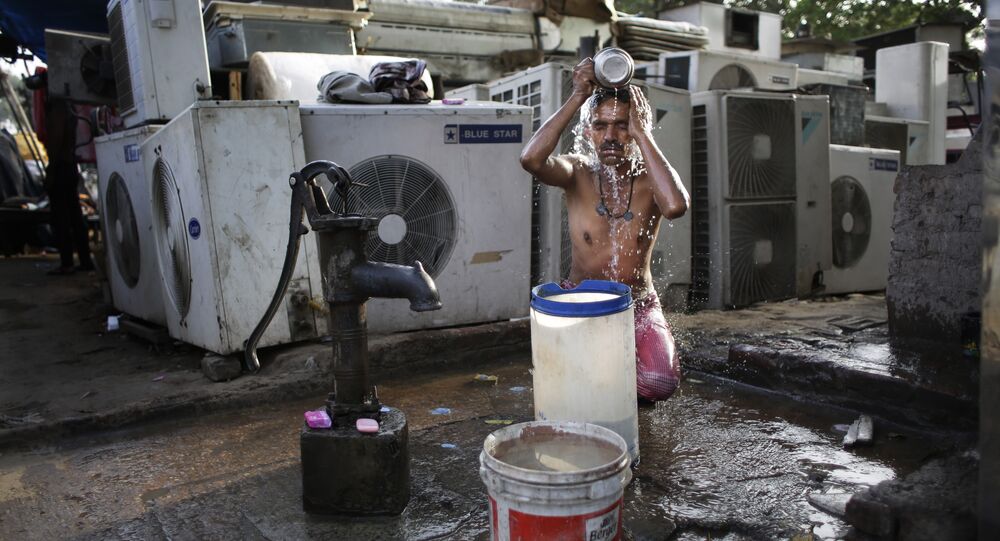 India is reeling from a major heat wave, which is likely to continue until the end of May.

NEW DELHI (Sputnik) — Scorching heat, coupled with drought which has prompted a water crisis in several parts of India, has led to more than a hundred deaths as the temperature has soared to 45 degrees centigrade in many places. According to the Indian Meteorological Department, there will be no respite from the scorching sun until the end of this month.

​The Indian states of Uttar Pradesh, Madhya Pradesh, Haryana, Delhi, Chandigarh, Gujarat and Maharashtra are all smoldering in hot anticipation of the country's summer monsoon rains.

​Due to the heat, medical emergencies are on the rise in urban areas whereas the rural population is facing drought and an acute water shortage as crops continue to fail.

"The Heat wave persists in Northern and North-Western India. The temperature in Delhi is more than 45 degrees. Gujarat and Rajasthan are also experiencing more than 45 degrees. Due to the clear sky and north and north-western hot and dry winds, the temperature will remain very high and severe heat wave will continue," Kuldeep Shrivastava, Senior Scientist with the Indian Meteorological Department told Sputnik.