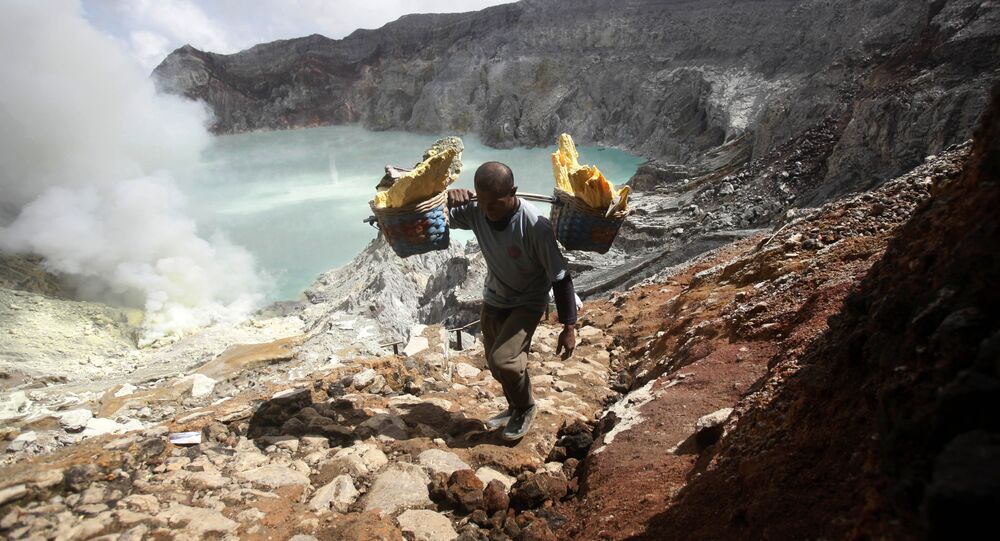 Indonesian villagers on the island of Java make several dangerous trips each day to collect valuable sulfur from the Ijen volcano, home of the world's largest highly acidic lake.

© Flickr / Ryan Somma
Humans Under Suspicion for Wiping Out Ancient Indonesian Hobbits
Hundreds of villagers who live around the Ijen volcano complex in East Java, Indonesia, spend their days in the volcano's dangerous environs in the hope of collecting valuable sulfur, RIA Novosti reported on Wednesday.

The Ijen volcano is home to two of the most unusual occurrences on Earth. The first is a fumarole, an opening in the planet's crust which emits steam and gases, in this case flammable sulfurous gases that ignite as they enter Earth's oxygen-rich atmosphere and burn with an electric blue flame.