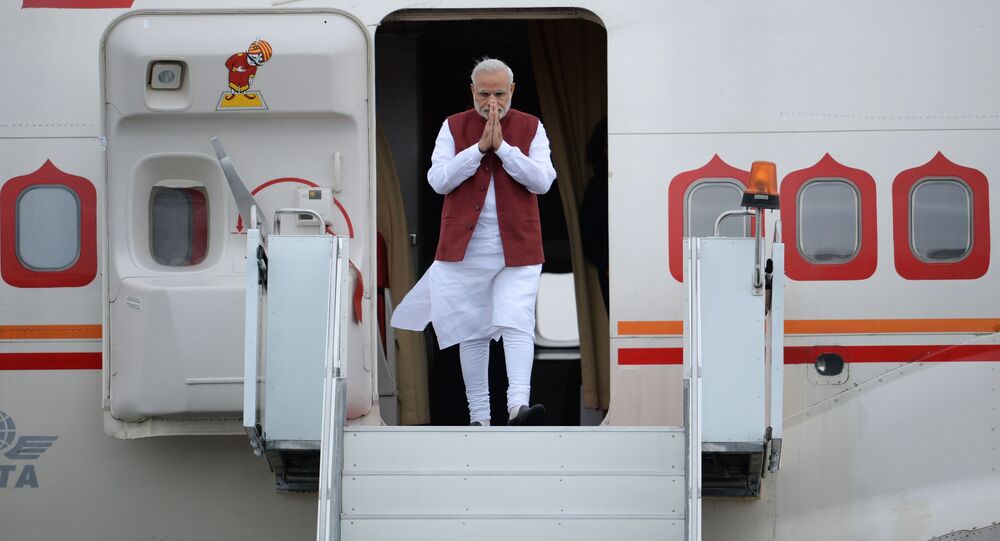 No alcohol can be served on Narendra Modi’s flight, according to a source. The only entertainment aboard is work or little sleep.

© REUTERS / Naseem Zeitoon
Hanging in the Balance: India-France Talks on Rafale ‘Still Underway’
India's Prime Minister Narendra Modi works and holds meetings on his long flights so much that his Air India One aircraft is often referred to as the 'flying Prime Minister's Office.'

As a non-drinker, Modi ensured that one strict rule is to be followed — no liquor should be served on the aircraft.

"Liquor is simply not served on the PM's flights," a highly placed source told to the Times of India.

"So the only option for the officials travelling with the PM is to either sleep and arrive ready to work or engross themselves in files or work on their personal electronic devices," the source said. The average age of the Air India One Boeing aircraft is 25 years, which means that in-flight entertainment is also available.

The source also said that the foreign ministry decides the menu for these flights and the PM usually goes for a simple vegetarian meal. However, there is no restriction on others being served non-vegetarian options on Modi's flights.