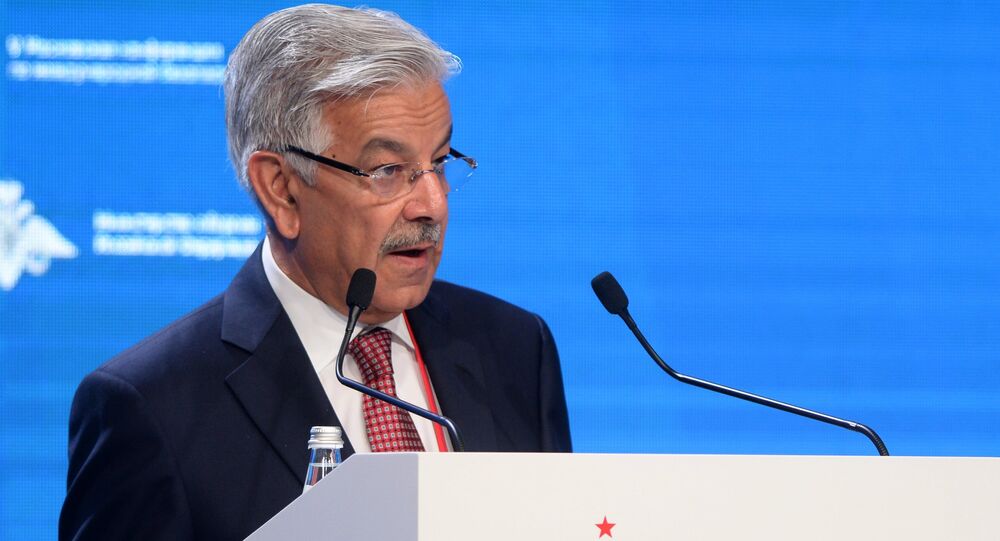 Pakistan 'Making Efforts' to Bring Taliban to Talks With Afghanistan

Pakistan makes efforts to bring the Taliban to the negotiations table with the Afghan government.

"It is joint effort making it possible to achieve lasting peace in Afghanistan and we do anything that on our part to bring the different stakeholders on the table. We are planning to arrange another meeting. Things are moving in a right direction. This is a very delicate situation but Pakistan is a part of these efforts and Pakistan is keenly and sincerely making efforts that the Taliban is brought at the table," Asif said on the sidelines of the fifth Moscow Conference on International Security.

Pakistan is mediating peace talks between Afghan authorities and the Taliban insurgency. Pakistan hosted the first round of direct talks last summer, suspended over the 2013 death of Taliban leader Mullah Omar.

Members of the Taliban and Afghan government leaders were expected to engage in peace talks in Pakistan in March. However, 5, Taliban leadership announced refusal to attend peace talks until foreign soldiers left Afghanistan and Taliban fighters were released.