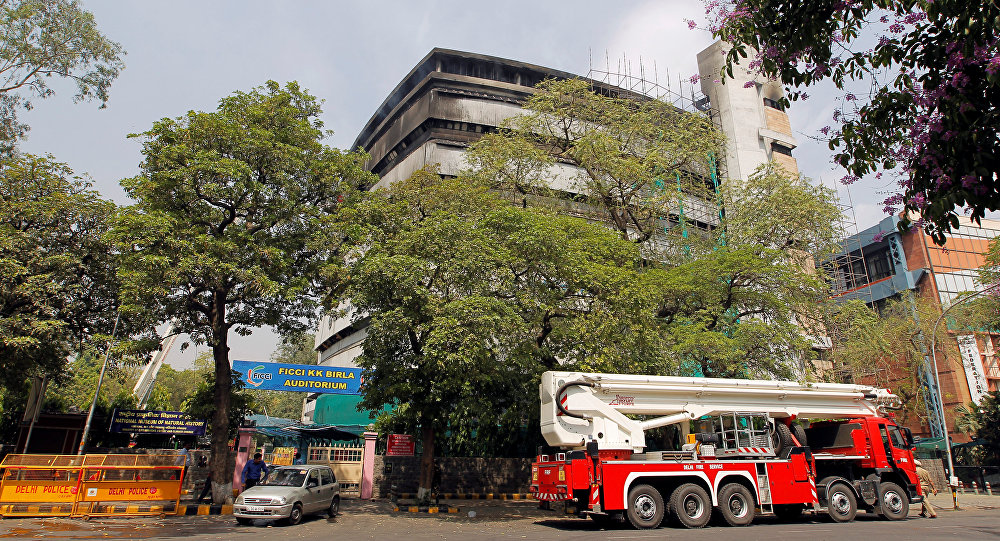 A fire has destroyed India's National Museum of Natural History, a treasure containing several antiquities including dinosaur fossil and extinct animals. The cause of the fire is not yet known.

India's National Museum of Natural History was destroyed in a fire that broke out in the early hours of Tuesday. It took four hours and forty firefighters to douse the flames which engulfed the six story building located in the heart of the capital Delhi. The fire started in the upper floors, ultimately ravaging the top three floors and partially damaging the remaining parts of the building. The museum's treasures included a 160 million-year-old dinosaur bone and many taxidermies of extinct species.

The fire at National Museum of Natural History is tragic. The Museum is a natural treasure. The loss cannot be quantified.(1/4)

​No one was present in the building when the fire broke out. However, some firefighters were seriously injured and are undergoing treatment.

"The fire was so massive that some of our firefighters got trapped. We had to rescue them. We cannot assess the extent of loss at the moment, but one thing is for sure that the building's fire safety mechanism was not working. Meanwhile, police are yet to ascertain the cause of the fire," said Deputy Chief Fire Officer Rajesh Panwar .

The museum was established in 1972. Its exhibits provided insights into the variety and diversity of flora and fauna of India, along with an overview of major ecosystems of the world. It was a favorite destination for school excursions.

While inspecting the site, Environment Minister Prakash Javdekar described the incident as extremely tragic. "The loss cannot be calculated in terms of money," he said. The Minister ordered a fire safety audit of all museums under his jurisdiction following this incident.

In wake of fire at National Museum of Natural History, have ordered energy & Fire audit of Ministry’s establishments across country.(2/4)

Such an audit is important, as there are 34 museums including ZSI and BSI, which are visited by thousands of people daily (3/4)

Eau De Success: International Perfume Museum and Park to Be Built in India