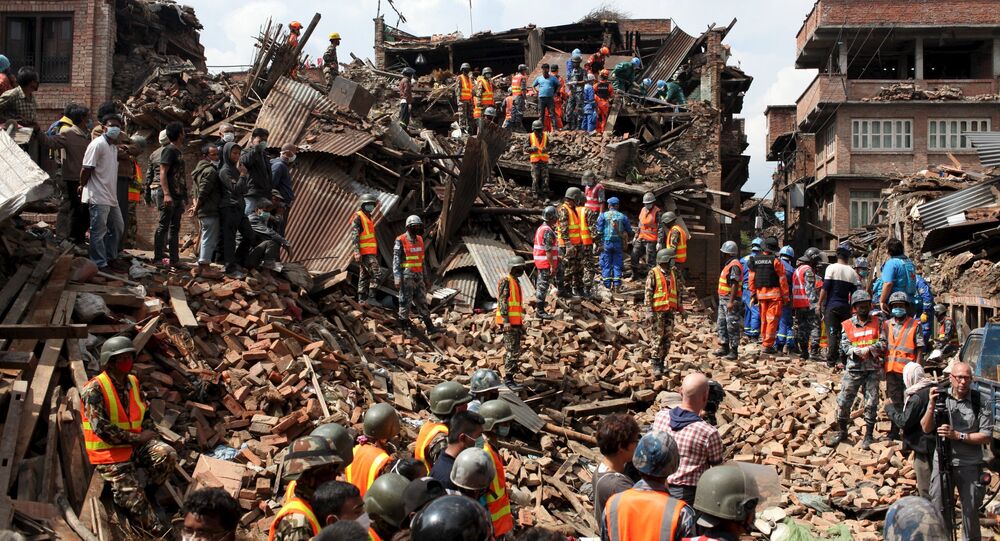 It is exactly one year since a massive of 7.8 magnitude earthquake struck the tiny Himalayan nation of Nepal, and the lack of rehabilitation is noticeable, especially relating mental health.

© Photo : Vimeo/ Nabin Baral
Hope Springs Eternal: ‘Miracle Baby’ Who Survived Nepal Quake Now Symbol of Life After Tragedy
The killer quake claimed not just the lives of thousands of people but also shattered the hopes of millions in the poor south-Asian country. On April 25, 2015, when the disastrous quake began to shake the earth, little did the people of Nepal know how their country would be shaken for several months.

To put the extent of nature's cruelty in perspective, the tragedy took the lives of close to 9,000 people and affected up to another 3 million. More than 770,000 families were displaced.

Yet, one of the key elements of the reconstruction efforts — the mental health of the survivors — has never been the focus of the Nepali government.

Besides being accused of carrying out the rehabilitation measures at a snail's pace, the government is also being blamed for not paying enough attention in addressing the unprecedented public trauma.

Speaking from Nepal to Sputnik, Sudip Grimire, mental health and psycho-social senior program officer with the International Medical Corps, said "When the earthquake occurred, I was in the capital Kathmandu. I found most of the people very much afraid and frightened by this terrible earthquake. So, immediately we organized psychological first-aid support in the worst affected places."

Up to 213,000 people have been helped by the charity with the assistance from the Nepali government and local groups. The NGO has also trained several medical and social workers to help survivors cope with the trauma.

Shambhu Gurung, who himself lost his five-year-old son and his wife, was among the victims, has now become a counsellor to console others.

"I am in a position in my community where people seek my help, where people look to me. This is partly because of my experience providing psychosocial support, but also because I know what they are going through. I can help because I feel the same pain as everyone else," said Gurung.

UNESCO: On anniversary of Nepal earthquake, a new partnership for heritage https://t.co/JFZwjzGURN pic.twitter.com/vWPhNhKouO

​Several NGOs have urged the government to intensify the relief measures but with little or no success. The Nepali government, stricken by bureaucratic hurdles and domestic political wrangling, has so far been unable to put the rebuilding efforts into full swing.

Fire Destroys Plane Following Crash in Nepal: All 23 on Board Dead