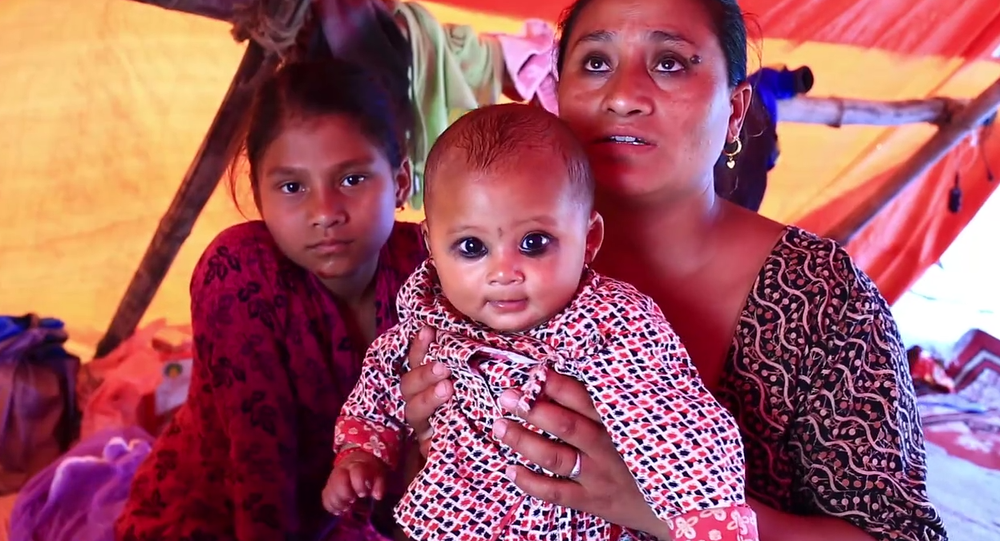 “Miracle baby” Sonies Awal was only 5 months old when he was found covered in dust after being buried alive for 22 hours after the earthquake in Nepal. Now, a year later, Nepal's new face of hope is a happy toddler full of life.

© Flickr / Marina & Enrique
Home Sweet Home: Nepal Launches 'Travel Year' to Promote Domestic Tourism
It was Saturday, April 25, 2015, when Rasmila Awal, the boy's mother, walked home from the store and the earth began to shake. A few moments later, she saw the building she lived in collapse. And inside were her children — Soniya, aged 10, and Sonies, only 5 months old. After two hours, Soniya was found alive, but the baby was still missing.

Everyone thought he had been killed. Incredibly, he survived because a cupboard fell over his bed, protecting him, and he was dug out the following day, after being buried alive for 22 hours in the rubble of his family's house. His face was coated with dust. But he was alive.

A photo of him being lifted from the rubble has become the defining image of a disaster that has devastated the country. His rescue has given hope to a nation that has experienced so much loss.

Happy to be out of hospital and with his mum. This is five month old #sonies, also known as the miracle baby who was trapped in the rubble of his home for 22 hours. I had the pleasure of meeting them both today. #cnnscenes #NepalQuake #Nepal #miraclebaby

"I try not to think too much about what happened last year with the earthquake," the boy's mother said. "He is such a lovely boy. I am just so, so pleased and relieved that he survived and that Sonia escaped as well."

However, the impact of the earthquake on the family's life has been enormous. They cannot move back to their home, which still looks like a mass of rubble on the main street of Muldhoka, near Kathmandu. They now live in one tiny room nearby.

"We won't be able to move back," Rasmila Awal said.

"I cannot deny it's been difficult with all of us living in just one tiny room. We don't even have a television any more. But we are alive and we are still together and now looking forward to the future. I want Sonies to have a successful life and have a good education. That is my dream," she added.

© AFP 2020 / PRAKASH MATHEMA
Spectacular Horse Racing Festival Celebrated in Nepal
The earthquake, measuring 7.8 on the Richter scale, hit Nepal on April 25, 2015. In addition to the death toll of over 8,000, more than 21,000 people were injured and an estimated 3.5 million left homeless.

In post-quake Nepal, few endings are entirely happy. Sadness and loss are everywhere. The Awal family has no place to live now. Everything they had was destroyed. And Rasmila's sister and her two children, who lived nearby, died in the earthquake. But then again, a little baby boy, Nepal's new face of hope, has his whole life still ahead of him.