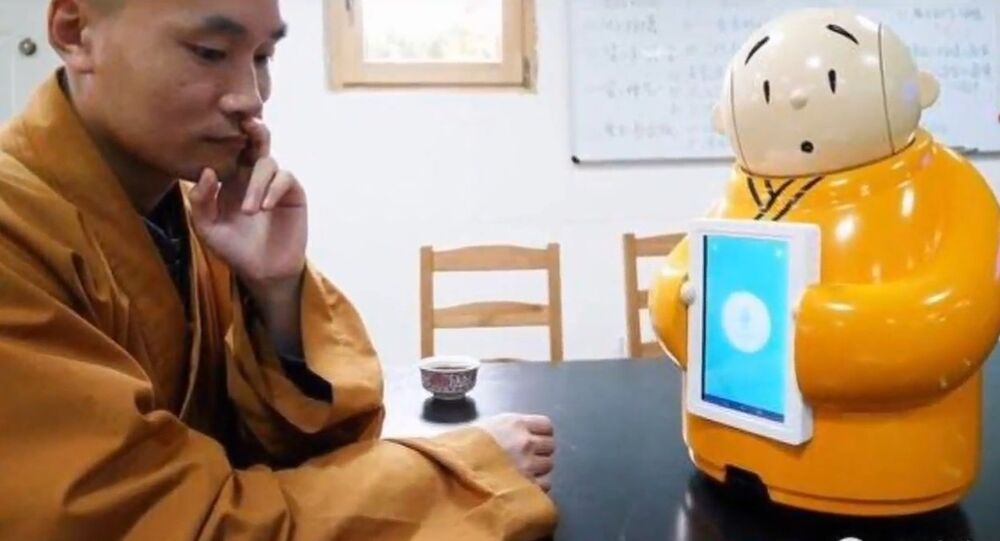 A robotic Buddhist monk, not called the "Dharminator," wowed Chinese internet users, and gave some lessons about the potential evils of artificial intelligence.

A robo-monk called "Xianer" became an internet sensation in China after being shown on the country's internet, the country's People's Daily newspaper reported.

The robot monk can talk to humans and answer some basic questions on Buddhist dharma. He was developed by the Buddhist monks of Beijing's Longquan temple. There is currently only one robot monk, with no plans for mass production, according to the newspaper.

"After all, this is not a commercial endeavor. We made Xianer to preach Buddhist doctrines in a modern way," temple director Master Xianfan told People's Daily.

© AFP 2020 / JOHANNES EISELE
Not So Fast: Slacking Chinese Robot Waiters Get Fired & Replaced By Humans
The temple is also developing a second generation of the robot-monk, which should have better interaction abilities and be more intelligent.

For now, other than answering basic questions, the robot monk can do a little dance with his head and chant some Buddhist mantras, as well as play Buddhist music.

Will Our Robot Overlords be Warm and Cuddly?