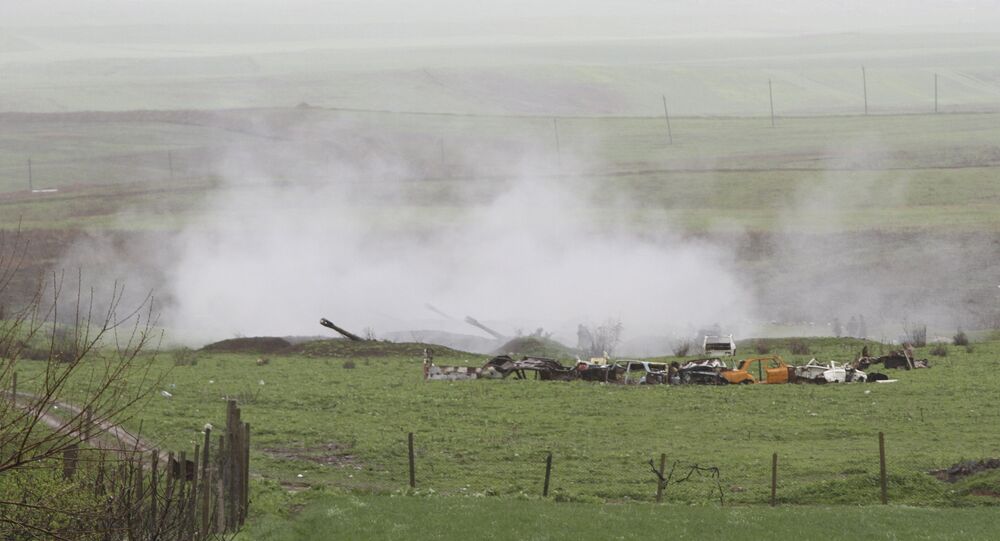 In a statement on Saturday, Turkey condemned shelling of Azerbaijani territory by Armenia and called on Yerevan to immediately cease fire and comply with the truce.

"It's a pity that for Turkey the importance of human lives is determined by the nationality. With such racist statements, Turkey encourages the continuation of the aggressor's action against the self-proclaimed Nagorno- Karabakh Republic," Kocharyan said, commenting on the reaction of the Turkish authorities to the deterioration of the situation in the Karabakh conflict zone.

© Sputnik / Илья Питалев
Nagorno-Karabakh MoD Reports Resumption of Shelling From Azerbaijani Side
The conflict in Nagorno-Karabakh began in 1988, when the Armenian-dominated autonomous region sought to secede from the Azerbaijan Soviet Socialist Republic, before proclaiming independence after the Soviet Union's collapse in 1991. In September 2015, the conflict escalated, with the sides blaming each other for violating the truce.

Turkey closed its border with Armenia in 1993 over its support for Azerbaijan in the Nagorno-Karabakh conflict. The relations between the two countries have also been strained due to Turkey's refusal to recognize the Armenian genocide by the Ottoman Empire.