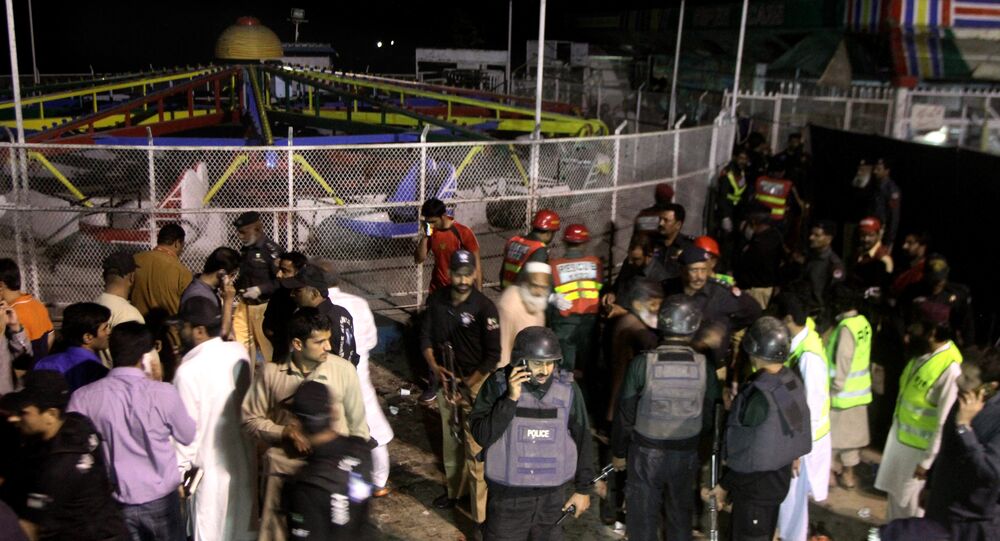 Taliban militant group has claimed responsibility for the deadly suicide blast in Pakistan's Lahore on Sunday that left at least 65 people killed and hundreds injured.

Earlier in the day, a suicide blast hit Gulshan-i-Iqbal Park, located in Iqbal Town area of Lahore in eastern Pakistan, where hundreds of families, mainly women and children, were walking.

"The target were Christians," said a Taliban's spokesman as cited by Reuters. "We want to send this message to Prime Minister Nawaz Sharif that we have entered Lahore. He can do what he wants but he won't be able to stop us. Our suicide bombers will continue these attacks."

On March 27, 2016, Catholics around the world celebrate Easter.

I would like to express my deepest condolences to the victims' families
My prayers go out to you all🇵🇰💪#LahoreBlast pic.twitter.com/GWFx3xP4Gl

According to the SAMAA TV broadcaster, the attack has left nearly 300 wounded, who have been transferred to nearby hospitals.

In his statement, Sharif expressed his condolences over the loss of innocent lives and instructed the authorities to provide necessary medical aid to the injured, Pakistan's Samaa TV said.