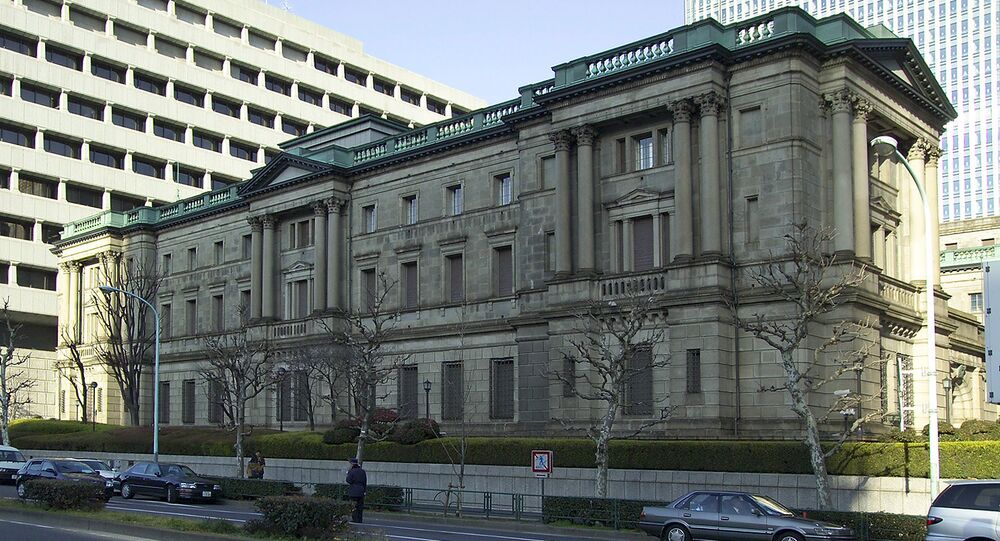 The Bank of Japan decided to retain interest rates at a negative 0.1 percent level, the financial institution said in a statement Tuesday.

MOSCOW (Sputnik) — The decision of interest rate constraint was made after a Tuesday vote by the members of the policy board, consisting of nine people.

"The Bank decided, by a 7-2 majority vote, to continue applying a negative interest rate of minus 0.1 percent to the Policy-Rate Balances in current accounts held by financial institutions at the Bank," Bank of Japan said in a statement.

The Bank first adopted a negative interest rate in January 2016 in an effort to try to boost economic growth in the country.

The Bank of Japan also stated that it aims to increase its monetary base by about 80 trillion yen ($705 billion) per year by carrying out money market operations.