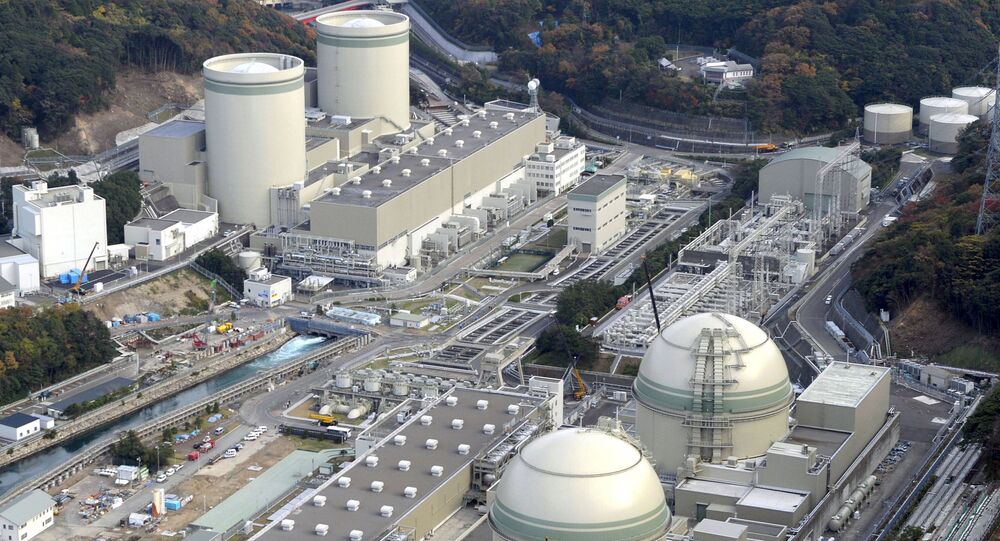 Work to restart the fourth nuclear reactor at the Takahama power plant began in Japan’s western prefecture of Fukui on Friday, just days after a radioactive water leakage there, the plant’s operating company said in a statement.

© Flickr / IAEA Imagebank
Japan Restarts 3rd Nuclear Reactor After Fukushima Disaster
TOKYO (Sputnik) – On Saturday, 34 liters of radioactive water were found in a room next to the 4th reactor at Takahama. Following the discovery, Japan's Kansai Electric Power Company (KEPCO) temporarily suspended the preparations to restart the reactor. However, after KEPCO adopted appropriate measures, the preparations were resumed.

According to the company’s statement, KEPCO experts have begun lifting control rods that inhibit chain reactions. A stable self-sustained chain reaction is expected to start functioning on Saturday, which will mean a successful restart of operations, the company noted in the statement. All going to plan, the reactor will start producing electricity on Monday.

The Takahama plant was shut down soon after the Fukushima nuclear power station disaster in 2011.Two of its nuclear reactors were restarted in early January 2016. On January 29, its third nuclear reactor restarted operations.