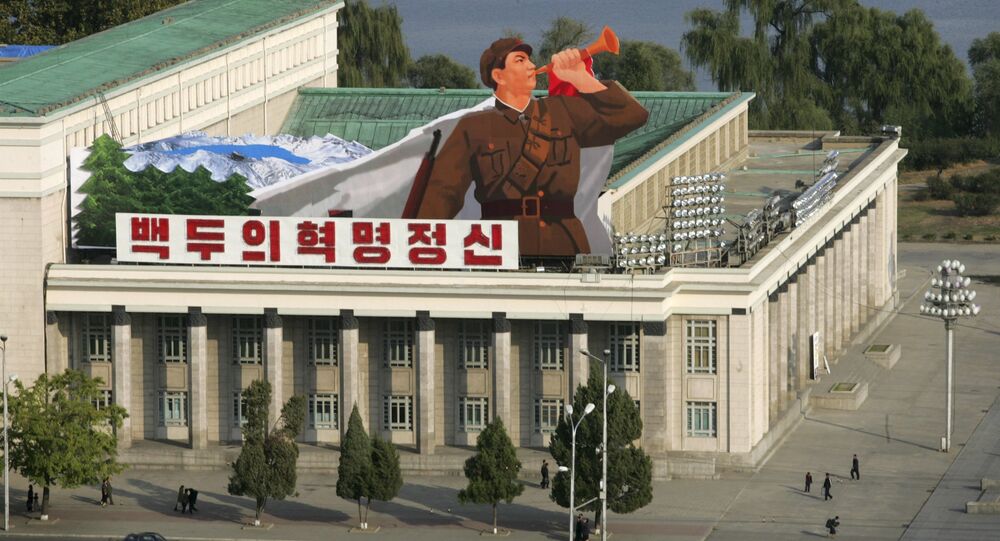 Sitting on a Mineral Mine: North Korea Hopes Rare Metals Win Over Investors

A South African expert helping North Korea examine its mineral deposits told The National that he thinks the resource could prove to be a "dynamo" for the country's economy.

"In 2011 I was asked to travel to North Korea, me being a Principal Metals Geologist in Australia at the time," Mr. Schurmann, a South African born geologist based on Australia, told the newspaper on Tuesday.

"The brief was to have a look at several mineral occurrences and provide them with general geological and due diligence reports.”

"I have always seen mineral deposits as basic dynamos – especially in Africa and most recently in Asia – that could support development and growth. Development and growth in most 'stressed' nations and regions can be utilized as catalysts to induce change."

Emerging market specialist Kevin Virgil, chief executive of Frontera Investment in London, told The National that there are signs that foreign investors may soon find it easier to do business in North Korea.

"This is best evidenced by the recent government reshuffle that created the ministry of external economic relations, which has the mandate to attract foreign direct investment," Virgil said.

"We do not have any data regarding this issue, and the article does not really give us the solid proof about the amount of rare minerals the DPRK has nor how profitable it is," a representative from the Information Systems for Resource of North Korea told NK News, after North Korean tourism website DPRK Today published an article about the discovery.

In December 2013 North Korea and private equity company SRE Minerals announced the discovery of what they believed to be the largest deposit of rare earth metals (REM) anywhere in the world.

SRE announced it had signed a joint venture agreement with the Korea Natural Resources Trading Corporation for rights to develop REE deposits at Jongju, an area in the south of North Pyongan Province, which is located in the west of the country and borders with China.

© AP Photo / Wong Maye-E
A man is silhouetted against boulders covered with snow at the foot of Mount Myohyang, a popular leisure spot among locals as well as tourists on Friday, Dec. 4, 2015, in Hyangsan county, North Pyongan Province, North Korea where the winter season has started
According to SRE Minerals, the Jongju rare earths deposits have the potential to be the largest in the world, and indicate a total mineralization potential of 6 billion metric tons, including 216.2 million metric tons of rare earth oxides. The company values the estimated resource in the ground at $64.9 trillion.