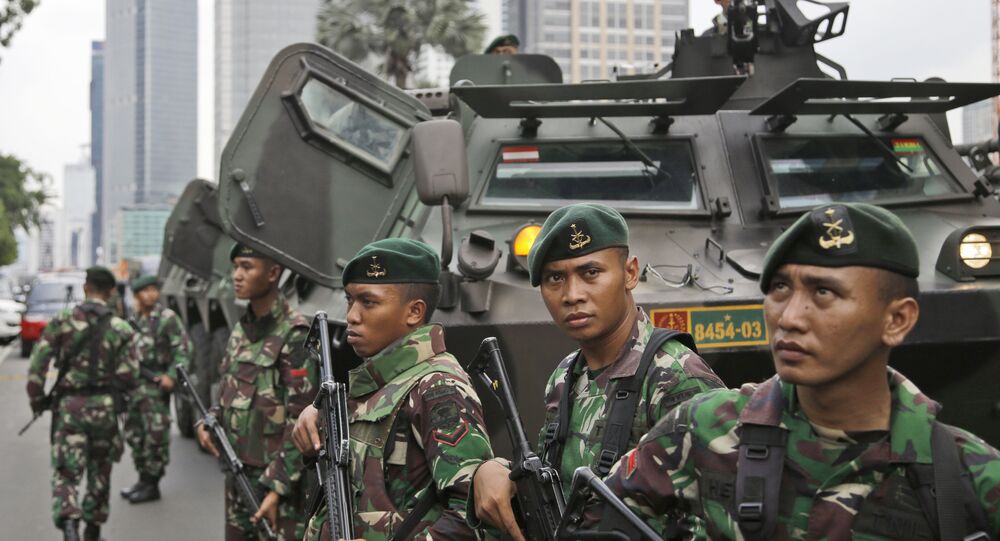 The Indonesian President called the series of exlosions in Jakarta which have taken the lives of at least six people a terrorist act, national TV reports.

Indonesian President Joko Widodo has classified the explosions that were carried out in the country’s capital of Jakarta on Thursday as a terrorist act.

“Our nation and our people should not be afraid, acts of terrorism will not defeat us, and I hope that society remains calm. We all have regrets over those killed during the incident, but also condemn this as it has violated our security and peace and spread fear among the people,” Widodo said.

In a statement on national TV, the president called on Indonesians to stay calm, stressing that the situation is under control.

Widodo also urged the nation not to speculate over who is responsible for the mass attacks across the capital.

​Earlier in the day, at least six people were killed in a series of explosions in the Indonesian capital after several assailants entered the downtown area on motorcycles, carrying rifles and explosives.

According to media reports, three policemen and three civilians were among the victims of the attacks. At least six explosions were carried out, some by suicide bombers.

Several gunmen are hiding out in a crowded cinema, media reported, while a shootout with police is continuing.

Jakarta Attacks Gunmen Hiding in Cinema With Many People Inside