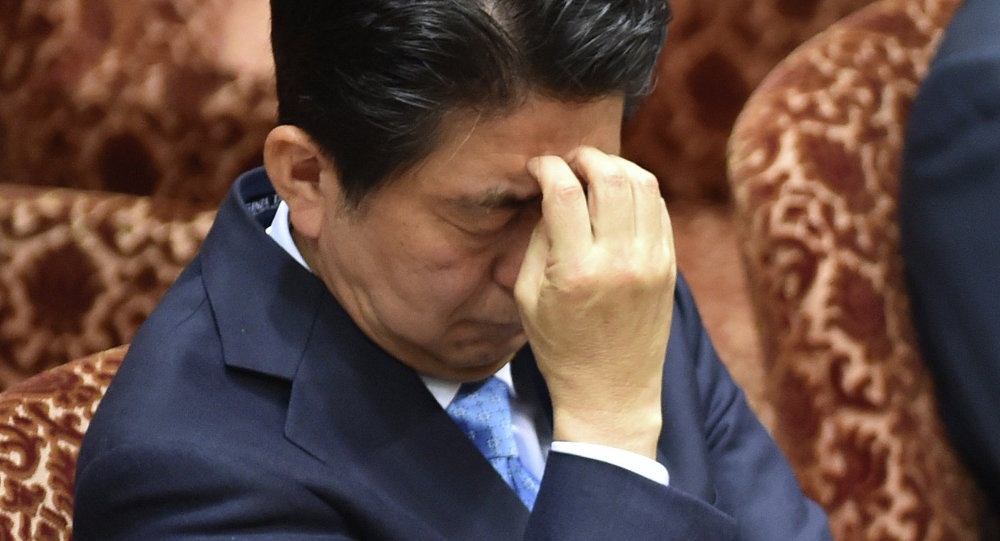 Japan's Prime Minister Shinzo Abe called on Friday on North Korea to fully halt existing nuclear and missile programs amid allegations of a recent test of its first hydrogen bomb.

© AP Photo / Ahn Young-joon
Axis of Hostility? US Rejected North Korea’s Offer to Suspend Nuke Tests
TOKYO (Sputnik) — On Wednesday, North Korea announced that it had successfully tested a nuclear fusion bomb. Following the announcement, the UN Security Council said it would begin work on anti-Pyongyang measures in a new resolution. The test, however, has not been confirmed yet, Cristian Istrate, the Chairperson of the Preparatory Commission for the Comprehensive Nuclear-Test-Ban Treaty Organization (CTBTO) said Thursday.

"I urge [North Korea] to completely abandon the existing nuclear and missile programs and promptly and fully comply with a UN Security Council resolution," Abe said during a parliamentary session, as quoted by the Kyodo news agency.