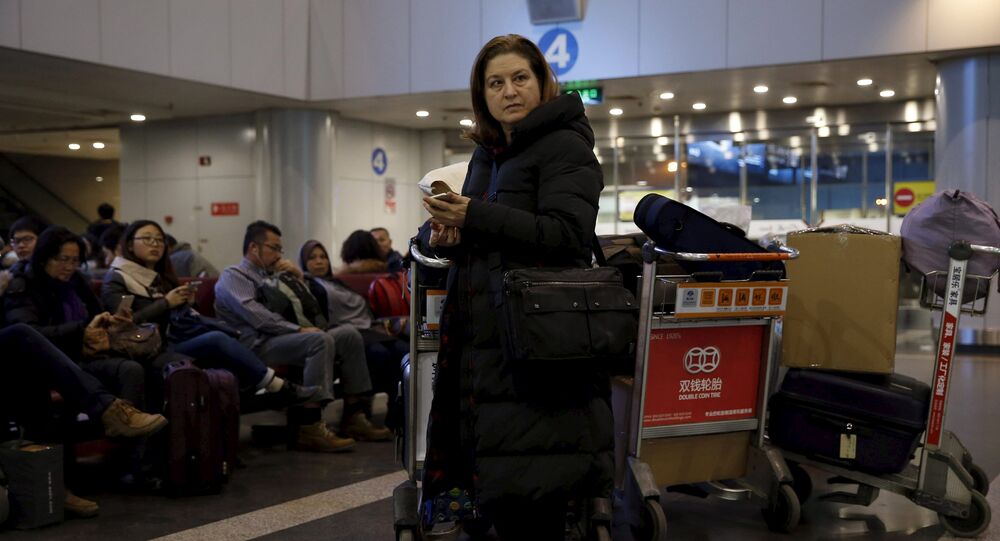 China Not to Tolerate Supporters of Terrorism - Foreign Ministry

MOSCOW (Sputnik) — The statement took place soon after Beijing-based French journalist of L'Obs news magazine Ursula Gauthier left the country, as the Chinese authorities refused to renew her press credentials due to an article about the Uighur ethnic minority facing governmental repressions.

"China will provide observance of lawful rights of foreign journalists, who are in the country, but neither the [Chinese] government, nor the country's citizens will be tolerant to those who protect terrorism in the name of freedom," Lu Kang said.

On November 18, Gauthier wrote an article criticizing the Chinese authorities for drawing parallels between the November 13 deadly terrorist attacks in Paris and the September 18 attack in the Chinese northwestern region of Xinjiang, when dozens of miners were allegedly killed by a group of Uighur militants.

According to the article, the Xinjiang tragedy has nothing in common with the Paris terrorist attacks, as the Chinese authorities' repression of the Uighur Muslim minority led to this act of violence.

Chinese media accused Gauthier of indifference to the Chinese people and ideological bias.