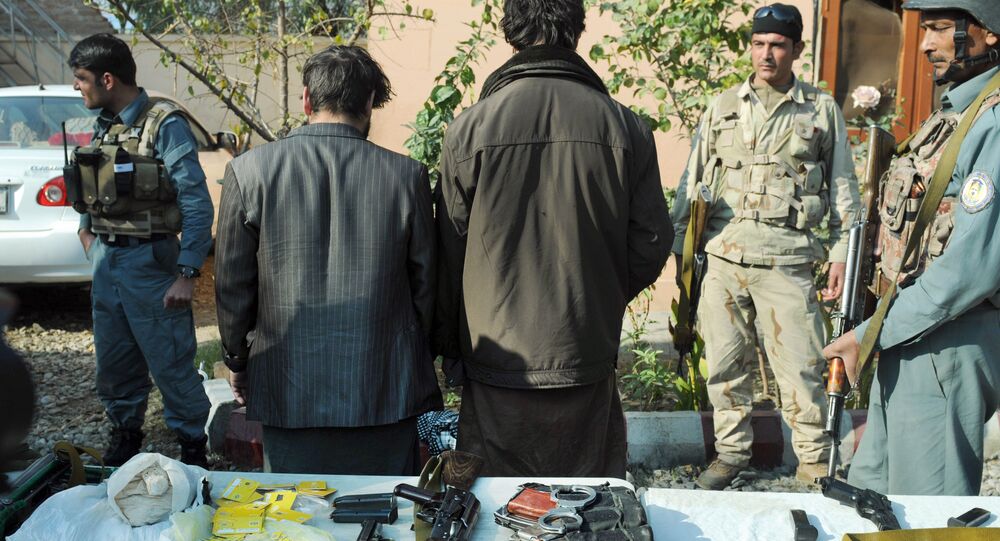 Afghan police in cooperation with the country's armed forces and the National Directorate of Security conducted anti-terrorist operations in Kunduz, Sar-e-Pul and Herat province.

MOSCOW (Sputnik) — Afghan police in cooperation with the country's armed forces and the National Directorate of Security killed 10 armed militants in a series of anti-terror operations during the past 24 hours, the Afghan Interior Ministry said on Saturday.

© AFP 2020 / Noor Mohammad
Reinforcements Arrive in Afghan Town of Sangin Besieged by Taliban
"The operations were conducted in Kunduz, Sar-e-Pul and Herat provinces, as a result 10 armed insurgents were killed and three others were wounded," the ministry said in a statement.

The statement added that Afghan National Police confiscated light and heavy rounds ammunition during the operations.

Afghanistan is in a political and social turmoil, with the Taliban and other extremist organizations such as Islamic State (IS, or Daesh in Arabic, outlawed in Russia) taking advantage of instability in the country.