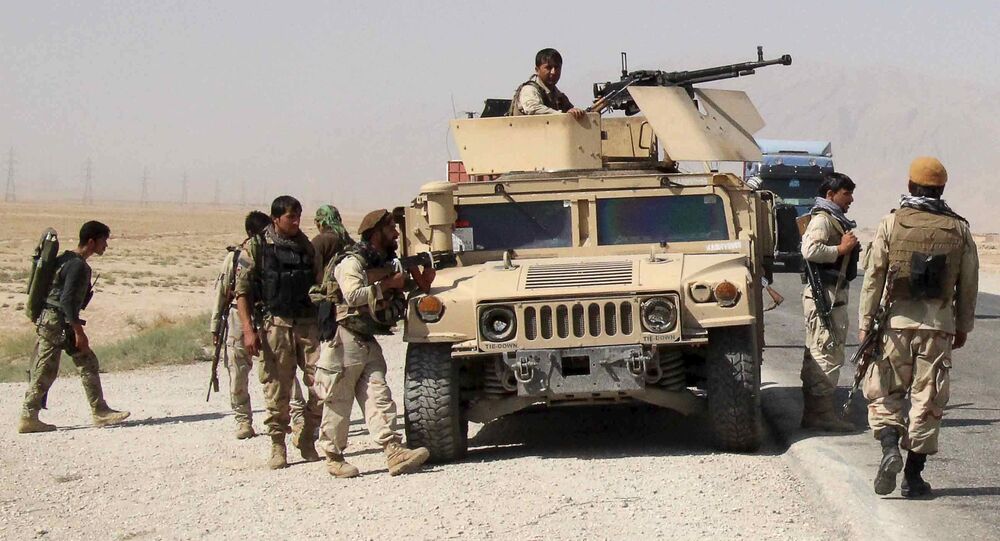 Over 30 Militants Killed in Security Operations in Afghanistan

According to Interior Ministry, At least 33 armed militants were killed during several joint anti-terrorism raids, conducted by Afghan police, army and intelligence units.

© REUTERS / Stringer
US-Backed Forces in Afghanistan Struggle to Make Gains Against Taliban
MOSCOW (Sputnik) – At least 33 armed militants were killed during several joint anti-terrorism raids, conducted by Afghan police, army and intelligence units in eight provinces of the country in the past 24 hours, the Interior Ministry said Wednesday.

"The operations were conducted in Kunduz, Kandahar, Oruzgan, Ghazni, Khost, Paktika, Herat and Helmand provinces, as a result 33 armed insurgents were killed and 41 others were wounded," the statement reads.

According to the statement, some stockpiles of light and heavy ammunition were discovered and confiscated during the operation.

Afghanistan is experiencing political, social and security instability, as the Taliban Islamic movement and other radical extremist organizations such as Daesh, also known as ISIL/The Islamic State, continue staging attacks against civilian and state targets, seeking to establish the rule of Sharia law in the country.

Daesh, which is outlawed in Russia where it is classified as a terrorist organization, is becoming more active in Afghanistan, according to a US Department of Defense report released earlier in December.

Afghanistan, Liberia to Benefit From Better Governance With WTO Membership

Sgt Bergdahl, Accused of Desertion in Afghanistan, to Face US Court-Martial