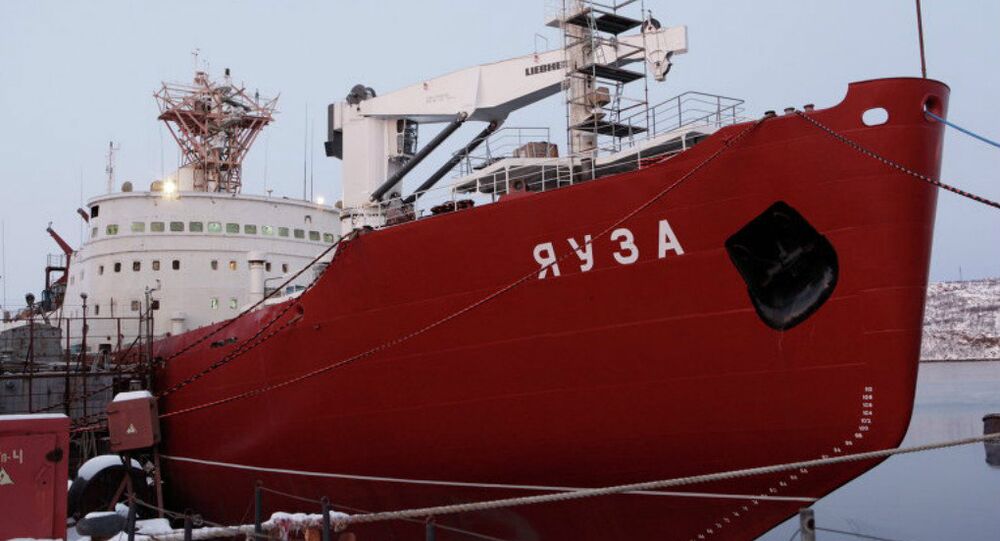 The Russian ship, which was passing from the Aegean Sea into the Sea of Marmara, is believed to have been on its way to the Black Sea. The video accompanying the news report was reportedly filmed in the city of Canakkale, on the southern coast of the Dardanelles, at their narrowest point.

The Turkish sub is said to have been accompanying a Turkish coast guard vessel.

The Turkish daily emphasized that this was a particularly tense moment, given the situation surrounding the Su-24 bomber shot down by the Turkish Air Force over Syria last week, which resulted in the deaths of two Russian servicemen, and a rapid cooling in relations between Ankara and Moscow.

© Photo : Wikipedia
The Dardanelles. The video showing the tense moment between the Yauza and the Turkish sub was shot from the Turkish city of Canakkale.

Moscow has demanded an apology for what it considers an act of aggression on Turkey's part. Ankara, meanwhile, has refused, Prime Minister Ahmet Davutoglu stating at a press conference with NATO Secretary General Jens Stoltenberg on Monday that "no country should ask us to apologize…We apologize for committing mistakes, not for doing our duty."

© AP Photo
Not Thinking Strait? Turkey Won't Let Russian Ships Into Bosphorus
The video also comes on the heels of reports that two Turkish Navy subs are following the Russian missile cruiser Moskva, off coast of Syria. The Moskva is charged with protecting the Russian air base at Hmeymim in the Syrian province of Latakia.

The Yauza, a 14,400 ton, 133 meter transport vessel, formerly a polar logistic ship, was obtained by the Russian Navy earlier this year, received following an overhaul and deep modernization in May. The ship, built in the 1970s, is equipped with new diesel generators, new crane equipment, and new security, communications and navigation systems.

On Tuesday, a military diplomatic source told Russia's RIA Novosti that Russian Navy ships are not experiencing any problems passing through the Bosporus and the Dardanelles at the moment, adding that the Yauza's meeting with the Turkish sub was not out of the ordinary, given the heavy traffic in the transit zone.