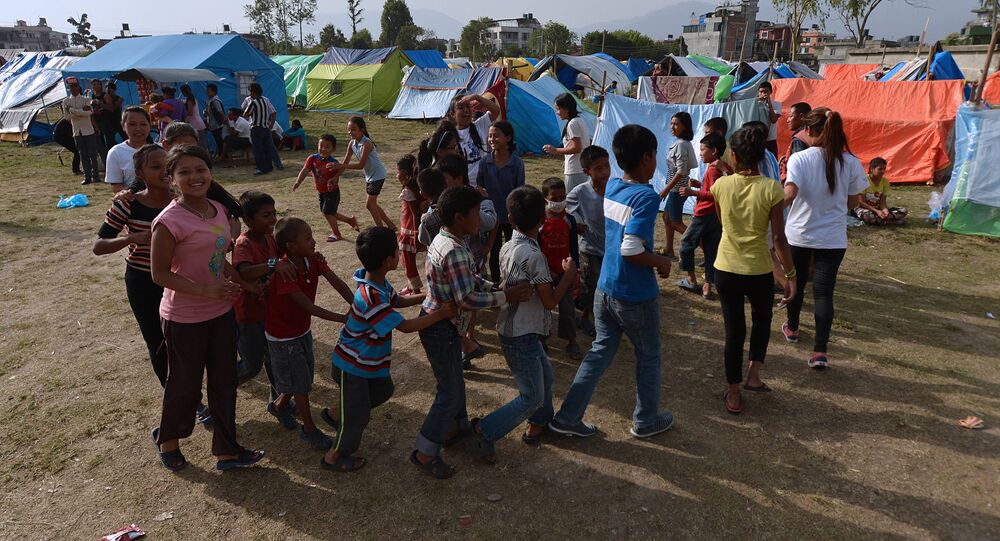 For more than two months, vital imports of supplies to Nepal have been severely restricted at the country’s southern border because of ongoing unrest, according to the UN Children's Fund (UNICEF).

"More than three million children under the age of five in Nepal are at risk of death or disease during the harsh winter months due to a severe shortage of fuel, food, medicines and vaccines," the release stated.

UNICEF explained that for more than two months, vital imports of supplies to Nepal have been severely restricted at the country’s southern border because of ongoing unrest.

Medical supplies have been blocked on Nepal’s border with India by ethnic Madhesis who have protested Nepal’s new constitution and new administrative division of the country. The constitution is the final stage in a peace process that started after the civil war in Nepal ended in 2006.

© Flickr / DFID - UK Department for International Development
UNICEF Warns of High Disease Risk for Nepal Children After Earthquake
India, which maintains cultural ties with the Madhesis, has also blocked medicine and fuel transit to Nepal. India supplies more than half of Nepal’s medicines.

UNICEF noted that regional medical stores have run out of BCG vaccines against tuberculosis, while stocks of other vaccines and antibiotics remain critically low.

"Fears are also growing that the rising dependence on firewood because of the fuel crisis is increasing indoor pollution, which in turn could lead to a spike in cases of pneumonia," the statement added.

In August, Nepal's major political parties agreed on the administrative division of the country into six provinces. Several ethnic groups have been calling for the creation of separate provinces for them in order to ensure they would have fair political representation.

New Nepali Constitution to Come Into Effect After Years of Preparations