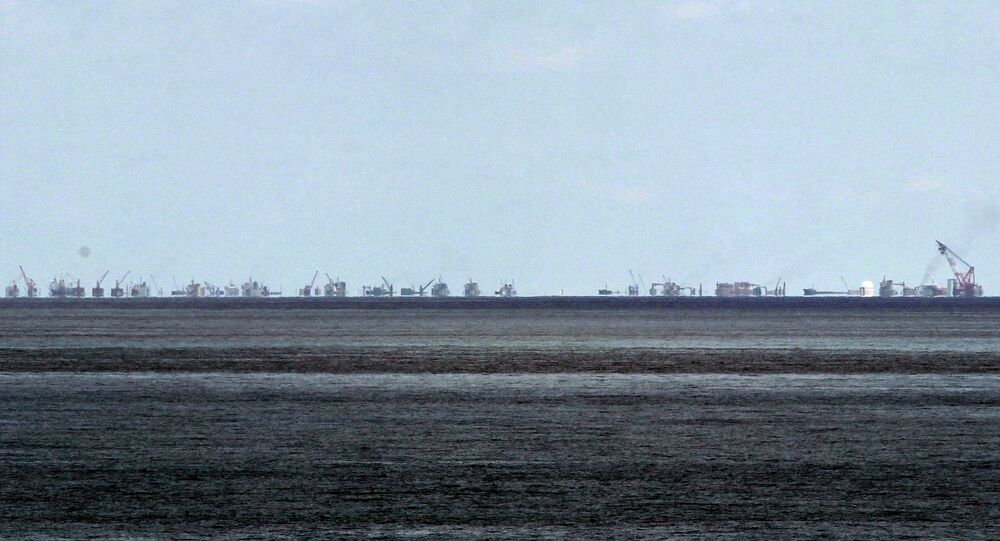 Foreign and defense ministers of Japan and Australia called on China and other Asian countries engaged in the South China Sea territorial dispute to stop the large-scale work on the development of the land, construction and use of the territory of the South China Sea for military purposes.

© AP Photo / Zha Chunming
China Launches Large-Scale Military Drills in Disputed Regions
TOKYO (Sputnik) — Japan and Australia on Sunday called on China and other Asian countries engaged in the South China Sea territorial dispute to avoid any unilateral steps that would change the status quo in the region.

The Philippines, China, Vietnam, Malaysia, Brunei and Taiwan have overlapping claims in the South China Sea. The Philippines is seeking arbitration in The Hague against China over the resources-rich waters, where China has been constructing artificial islands and claiming sovereignty over the land and a zone of 12 nautical miles surrounding it.

Earlier in the day, the foreign and defense ministers of Japan and Australia held a joint meeting in Sydney, which resulted in signing a joint communique.

"They [the ministers] called on all claimants to stop the large-scale work on the development of the land, construction and use of the territory for military purposes. They called on the conflicting sides to exercise restraint, to take steps to reduce tensions ]in the region] and to refrain from provocative actions that may aggravate the situation," the document reads.

© AP Photo / Tim Hunter/Pool
Let the War Games Begin: US, Australia, Japan Kick Off Military Exercise
In 2011, top diplomats from China and the ASEAN countries approved the basic principles of the Code of Conduct in the South China Sea, with the rejection of the use of force, among other points.

However, since 2013 China has been constructing artificial islands and maritime infrastructure in the area. These actions have been largely condemned both by the West and the countries of the region, as Beijing might allegedly threaten peaceful navigation in the region.

On Saturday, US President Barack Obama called on the South China Sea claimants to halt reclamation, construction and militarization of disputed areas.