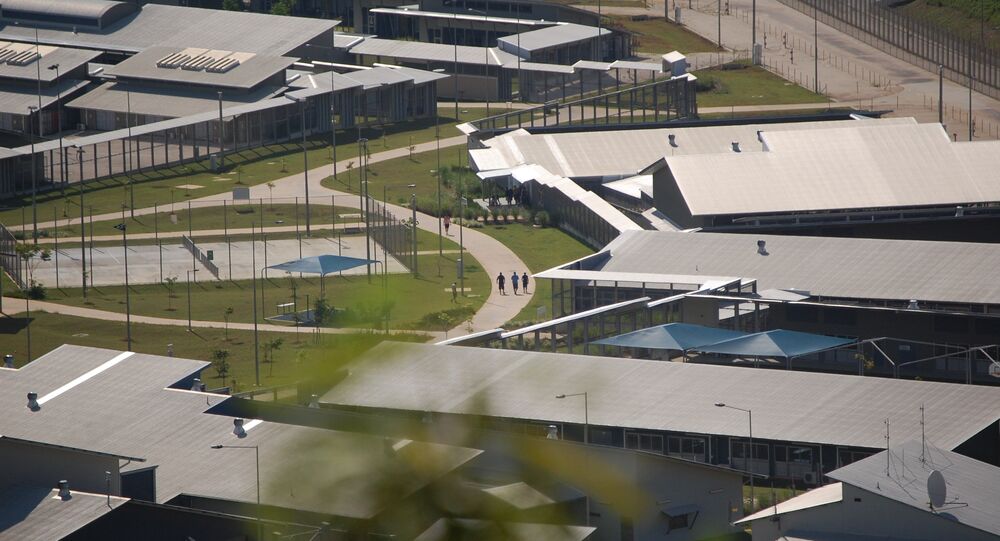 Seven detainees at a migrant detention center on Australia's Christmas Island are being transported to another facility on Wednesday due to extensive riot damage, local media reported.

MOSCOW (Sputnik) — According to the ABC broadcaster, the detainees were transported to the Christmas Island airport to be flown to a prison in the southwestern Australian city of Perth.

© Flickr / Kim Davies
Australia Police Control Unrest at Migrant Detention Center
Riots broke out at the Christmas Island detention center on Sunday after a detainee of reportedly Iranian Kurdish descent was found dead outside the camp. Local media reported unrest inside the facility, with detainees pulling down fences and setting the cafeteria on fire.

On Tuesday, Australian authorities used force on a group of barricaded detainees and regained control of the center.

Christmas Island, owned by Australia, is located some 236 miles south of Java in the Indian Ocean. The majority of detainees at the facility are immigrants whose visas were canceled by the Australian government.

Australia has been facing growing criticism from human rights advocates over the harsh treatment of Muslim asylum seekers in the country.