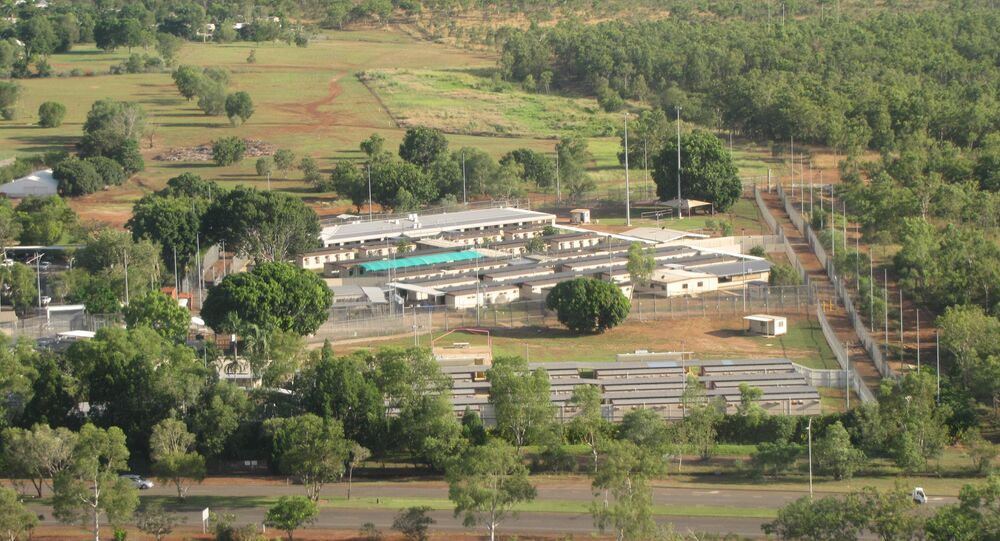 Australian Department of Immigration and Border Protection said that unrest broke out early Monday at Australia’s detention center for migrants on Christmas Island after the death of an escaped refugee.

MOSCOW (Sputnik) — Unrest broke out early Monday at Australia’s detention center for migrants on Christmas Island after the death of an escaped refugee, the country’s Department of Immigration and Border Protection said.

"The Department can confirm a disturbance in progress at the Christmas Island Immigration Detention Centre," the Australian migration authority said in a statement.

The department cited reports of damage inside the center, but added there were no reported injuries and the facility’s premiere had not been breached.

© REUTERS / David Gray/Files
Australian Lawmaker Reignites Calls Against Detention of Migrant Children
The Sydney Morning Herald said, however, that detainees spoke of guards abandoning their posts and rioting refugees who had torn down fences and set the canteen ablaze.

Last Saturday, a man identified in the local media as an Iranian Kurd named Fazel Chegeni escaped from the center.

The next day, his body was found by search-and-rescue teams at the bottom of island cliffs away from the facility, the migration department said, adding the cause of his death was yet to be established.