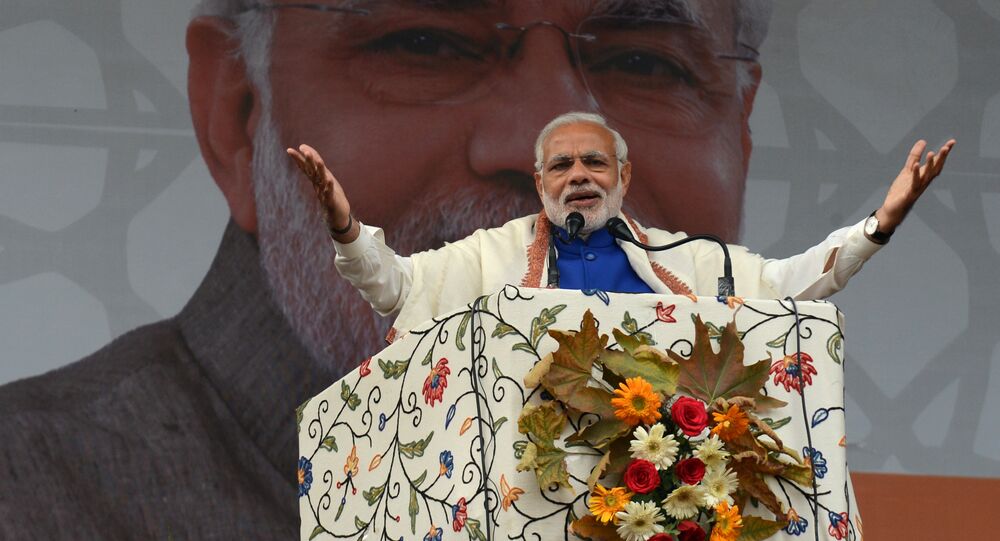 In an apparent election setback, Indian Prime Minister Narendra Modi has conceded defeat for his ruling BJP in a key regional election.

The defeat came after Modi won an overwhelming victory in last year's national elections, with the current poll seen as a verdict on the Prime Minister's economic program.

A spokesman for the Hindu-led nationalist party has, meanwhile, rejected speculation that the election result is a personal blow for Modi.

Prime Minister Narendra Modi's party appears to have been routed in state assembly elections in Bihar, third most populous state in India.

According to the spokesman, the BJP "managed a creditable performance."

© AP Photo / Saurabh Das
Indian Prime Minister Modi to Visit Russia in Late November, Early December
Earlier, it was reported that Modi had hoped the Bihar elections would increase his party's clout in India's upper house of parliament, which include representatives of state legislatures and where Modi still lacks an overall majority.

According to the latest reports on the election results, the anti-Modi alliance is ahead in 125 seats, compared with the BJP's 79 seats, with votes still being counted.

Located in India's north-west, Bihar has a population of 100 million people and is believed to be one of the country's largest and poorest states.