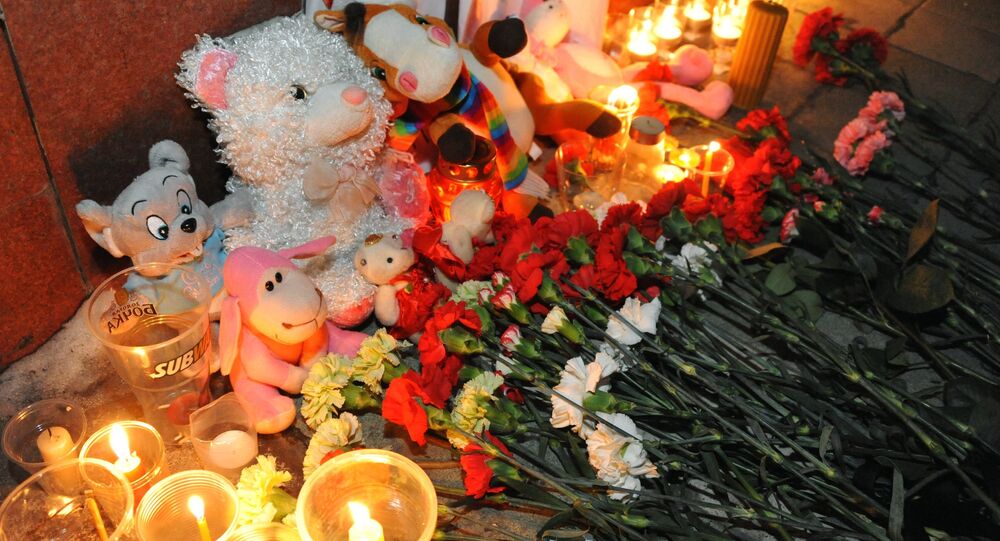 A cartoon about a Russian passenger plane that crashed in Egypt's Sinai Peninsula, published in South Korean media, is offensive, Russia's ambassador in Seoul said Wednesday.

TOKYO (Sputnik) — Earlier in the day, The Korea Times English-speaking newspaper published a cartoon concerning Islamic State claims that they downed the Russian A321 passenger plane on Saturday. The cartoon was titled: "When someone takes credit for your work," and depicts the figure of Fate standing over the crashed plane and calling ISIL a "credit thief."

"The Embassy considers this publication in The Korea Times newspaper of a cartoon about the Russian airliner crash that killed 224 people offensive for our country and intends to once again draw attention of the media's editorial staff to this fact," Alexander Timonin told RIA Novosti.

He observed that it was not the first time South Korean English-language news outlets have published inappropriate cartoons following tragic events in Russia.

In April 2010, the same newspaper published offensive cartoons about terrorist attacks in the Moscow subway, which killed 40 people and injured dozens. The publication of the offensive cartoons triggered a protest by the Russian Foreign Ministry.

Sudden Loss of Connectivity Caused Pilot to ‘Overcontrol’ A321 - Expert