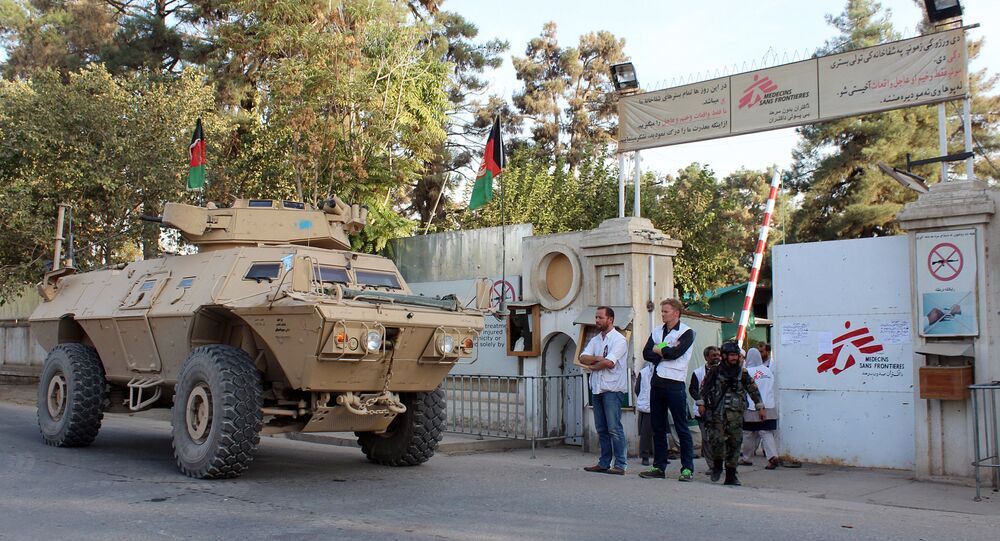 Over 400,000 Support Independent Probe Into US Bombing of Kunduz Hospital

A petition calling for the support of US President Barack Obama to launch an independent investigation into the deadly bombing of the Kunduz hospital in Afghanistan by US forces has gathered over 400,000 signatures.

© AP Photo / Médecins Sans Frontières
Kunduz Hospital Bombing Death Toll Rises to 30
MOSCOW (Sputnik) — Medecins Sans Frontieres (MSF), or Doctors Without Borders, a medical organization that operates the hospital, initiated the petition, which was posted to the Change.org website, to investigate the October 3 US airstrike on the hospital. The bombing killed at least 30 medical staff and patients, including 3 children.

The United States, NATO, and the Afghan government have launched investigations. MSF said it was "impossible to expect the parties involved in the conflict to carry out independent and impartial investigations of acts in which they themselves are implicated."

The International Humanitarian Fact-Finding Commission (IHFFC), a body created in 1991 and to date unused, has agreed to investigate the incident, but the consent of the parties being investigated is required to launch an inquiry.

MSF has repeatedly pointed out that both Washington and Kabul were fully aware of the health facility's precise GPS coordinates and non-combatant medical activities.