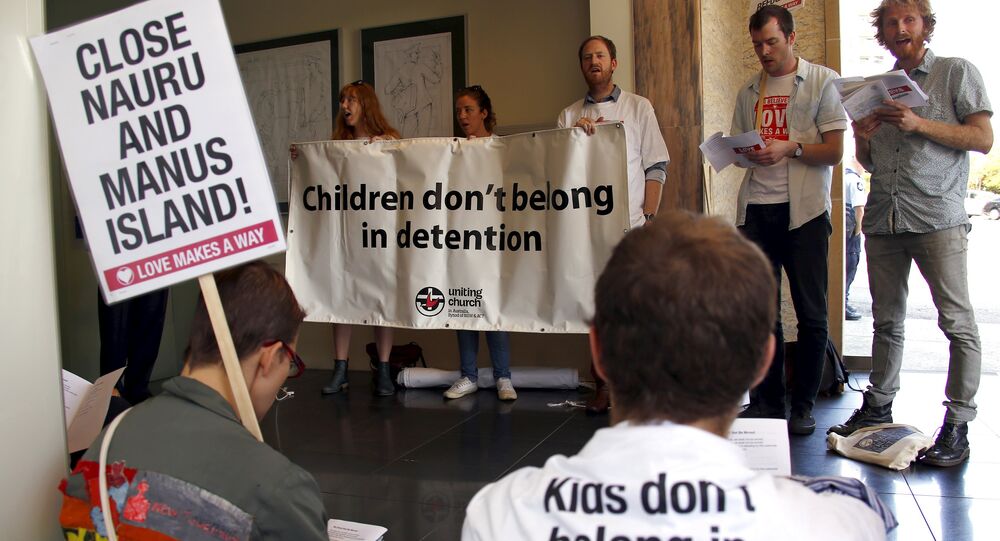 The rate of reported use of force incidents at detention centers across Australia per 1,000 detainees increased from 2.6 in January 2013 to 70.3 in March 2015, according to media reports.

The rate of reported use of force incidents at detention centers across the country per 1,000 detainees increased from 2.6 in January 2013 to 70.3 in March 2015, The Guardian Australia reported, citing incident logs.

According to the newspaper, the total number of use of force incidents reported between January 2013 and March 2015 is 2,937.

A vast majority of reported incidents are related to transfers or escorted trips, as well as enhanced escorts, while medical reasons and self-harm were identified in 581 cases, the media outlet reported.

© AFP 2021 / Add to cart Print Download Related documents Share this document Full size|768 px|512 px >
Australian Refugee Center Staff Faces Jail for Information Disclosure
According to the newspaper, immigration officers serving as private contractors are known to have less oversight with regard to the reasonable use of force under common law, while police have fixed rules stipulating in what circumstances the use of force is appropriate.

The Australian government is seeking extended powers for immigration staff, allowing them wider use of force and increased protections from prosecution.

Australian offshore detention camps have been seen worldwide condemnation for inhumane living conditions, with many recorded cases of hunger strikes and self-harm by refugees.