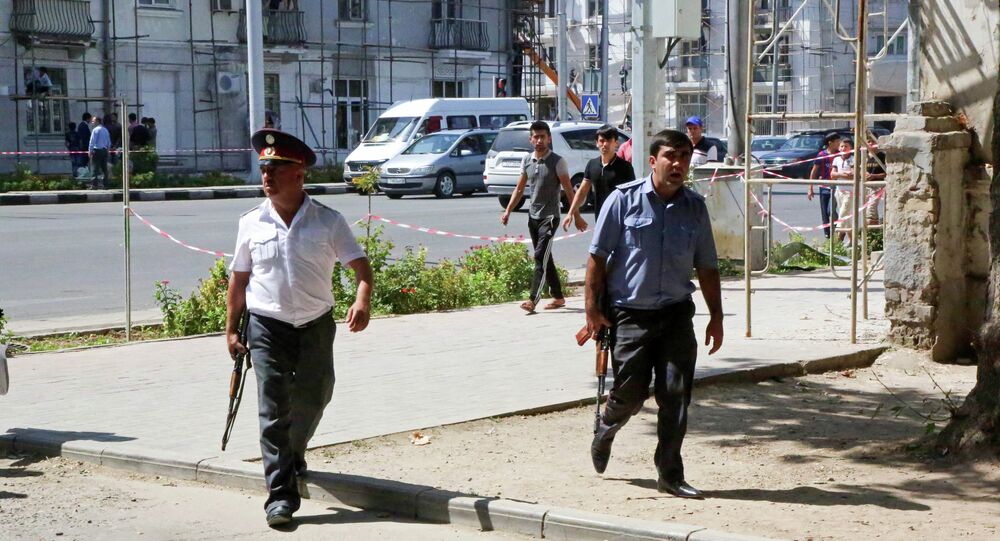 Two militants from the armed gang of former Tajik Deputy Defense Minister Abdukhalim Nazarzoda, who has been accused of organizing deadly attacks on government buildings in the Tajik capital, were killed during a special operation, a source in Tajikistan’s Interior Ministry told RIA Novosti on Thursday.

© AP Photo / Alexander Zemlianichenko
Russian Embassy in Tajikistan Boosts Security After Attacks in Capital
DUSHANBE (Sputnik) – According to the source, the militants, suspected of carrying out an attack on a police station, were killed about 20 kilometers (about 12 miles) east of Dushanbe.

Clashes between Tajik government forces and an armed gang of Nazarzoda supporters in Bishkek left over 20 police officers and nine gang members dead earlier this month.

Tajik Prosecutor General's Office has accused the Islamic Renaissance Party of Tajikistan (IRPT) of an attempt to carry out a military coup in the country. The party's chairman, Muhiddin Kabiri has been implicated in the plot, together with Nazarzoda. The IRPT opposition party was branded a terrorist organization by Tajikistan's Supreme Court.

According to Tajik authorities, Nazarzoda was killed earlier this month.