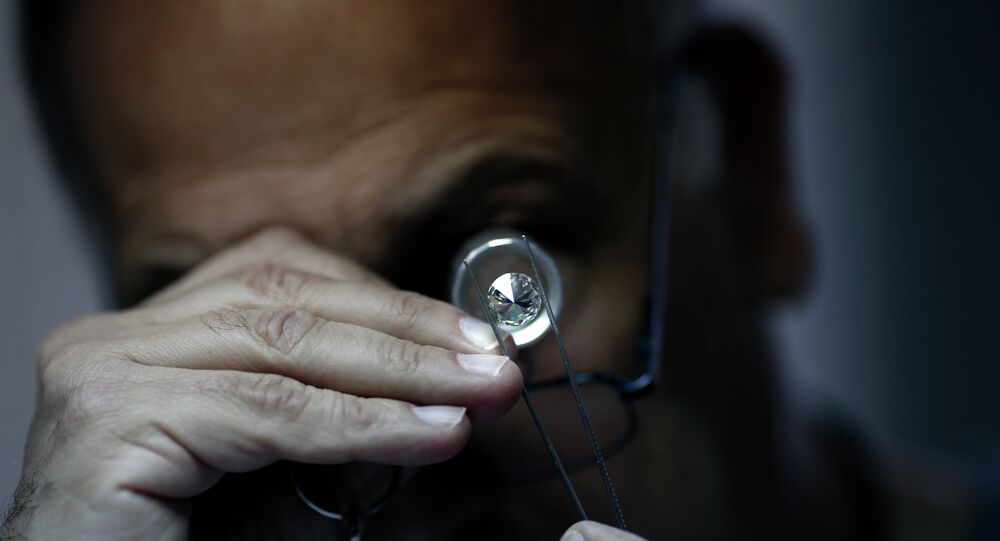 Diamonds are sometimes found in dark and unusual places. This is the case of a Chinese tourist, who allegedly stole a 6-carat diamond worth $278,000, but did not get away with it, in the end.

© Sputnik / Alexander Lyskin
New Type of Large Diamonds Found in Frozen Lava in Russia
A Chinese woman, Jiang Xulian, 39, and an unnamed man were arrested by police in Bangkok, Thailand, for allegedly stealing a large gemstone at a jewelry fair, police announced Sunday.

The woman was caught while trying to get onto a flight at the airport but denied her involvement in the burglary. However, X-rays showed a diamond-like object present in her large intestine. After trying a laxative in vain, a doctor with a colonoscope was called when the woman agreed to the procedure after the possible danger to her health was announced by authorities.

The owner of the diamond recognized his gemstone after its extraction from her intestine. The precious 6-carat stone was replaced with its copy by thieves, when they asked the owner to look at the diamond carefully.

A maximum of three years in prison awaits the woman if convicted, according to AP.

In 2012, a 1.5 carat diamond worth $13,600 was swallowed by a Chinese man in Sri Lanka in an attempt to steal it and replace it with a synthetic replica. The man was arrested.

Criminologists regard swallowing diamonds as a common practice among professional criminals.

Alaska Woman Steals Police Car With Husband Handcuffed in Back