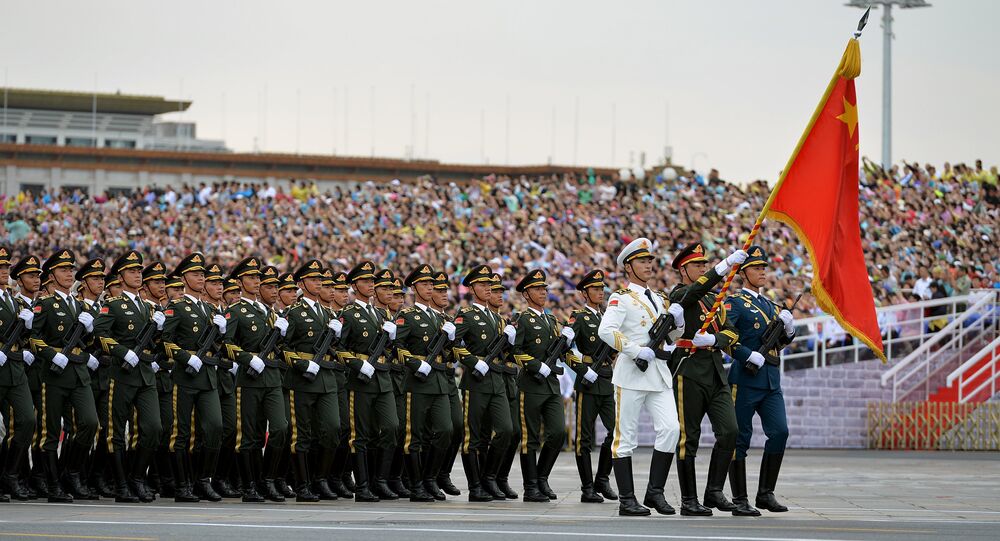 When the Chinese soldiers took part in the Victory Parade of 2015 on May 9 in Russia, they sang a popular Russian war song “Katyusha.” Now the Russian military is due to take part in the celebrations in Beijing. Will they perform something in Chinese? Chinese website Duowei News deliberated this matter.

According to the Ambassador of Russia in China, Andrey Denisov, the celebration of the 70th anniversary of the Second World War and the victory of China over Japanese aggression is a special event for Asia and the world.

© AP Photo / Ng Han Guan
China to Show its High-Tech Weapons During Massive WWII Parade
Russian soldiers will for the first time parade at Beijing's Tiananmen Square just the way Chinese armed forces marched through the Red Square in Moscow in May. For Russia, these reciprocal gestures are held in high regard.

It is known that the Russian President Vladimir Putin will not only take part in the festivities, but will also hold a meeting with his Chinese counterpart Xi Jinping, Denisov said.

But the question on whether the Russian military will perform some Chinese song, the ambassador left unanswered, in order to keep the Chinese spectators of the parade to keep assuming till the event.

Denisov hinted that Putin is preparing a surprise for China, “so we will look forward to that,” he concluded.

China to Close 19,000 Plants, Construction Sites Ahead of Victory Parade