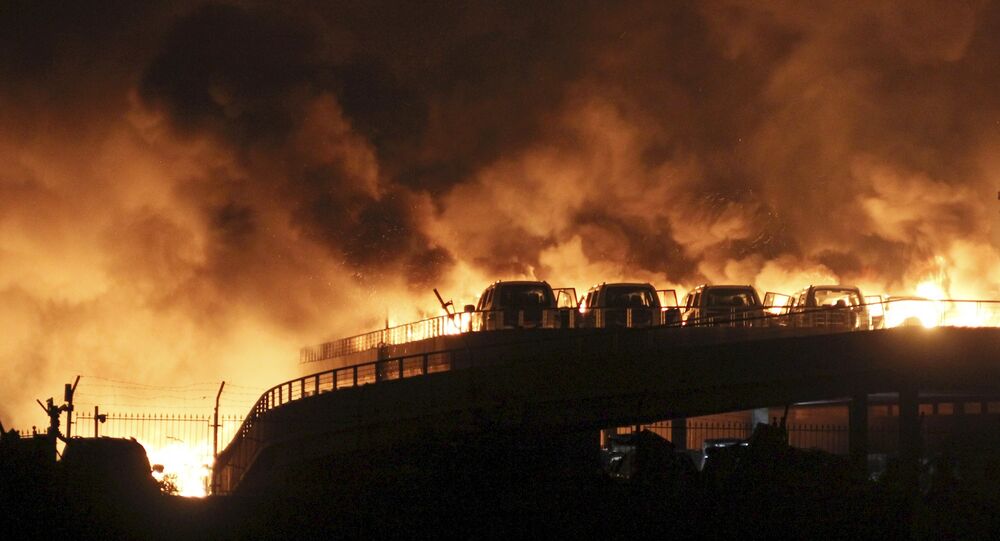 Following a massive explosion in the Chinese port city of Tianjin, at least 17 have been reported dead, with hundreds injured.

According to state-run Beijing news, between 300 and 400 people were wounded in a series of explosions in an industrial sector of Tianjin. Tianjin police say an unknown number of people are trapped beneath wreckage.

An initial blast occurred Wednesday night in a warehouse which stored hazardous materials. The original explosion triggered a series, and shock waves could reportedly be felt miles away. Officials with the National Earthquake Bureau described the first blast as being equivalent to 3 tons of TNT, with second coming closer to 21 tons.

"The shock waves were felt kilometers away, with some residents claiming their window glass and fish tanks shattered," Xinhua news reported.

The exact nature of the exploded materials is not known at this time.

According to CCTV, six battalions of firefighters, consisting of at least 35 fire engines, were sent to the scene, where they were able to bring the fire under control.