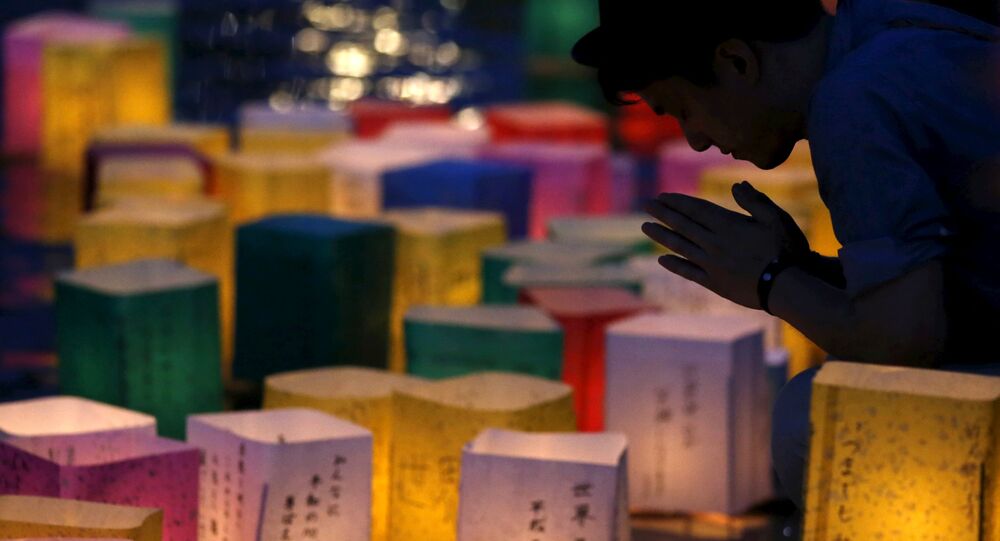 Mayor of the Japanese city of Nagasaki, Tomihisa Taue called on Sunday on the heads of world nuclear powers, including US President Barack Obama, to come to Nagasaki and Hiroshima and to see at first-hand the outcome of the 1945 US nuclear bombing.

TOKYO (Sputnik) — Earlier in the day, Nagasaki started a ceremony to mark 70 years since the dropping of an atomic bomb by the United States.

"I make a call from Nagasaki and address President Obama and heads of states, including heads of the nuclear powers, and all the people of the world: please come to Nagasaki and Hiroshima and see for yourself exactly what happened under those mushroom clouds 70 years ago," Taue said during the ceremony.

In 1945, the United States dropped two atomic bombs on Hiroshima and Nagasaki, on August 6 and 9 respectively. The bombing in Hiroshima killed about 140,000 residents of the city, and the raid on Nagasaki claimed the lives of some 70,000 people.

The atomic bombings of Hiroshima and Nagasaki remain the only use of nuclear weapons for warfare in history.

The bombings caused Japan to surrender on August 15, 1945, bringing World War II to an end.

On August 6, Hiroshima held its Peace Memorial Ceremony. US Ambassador to Japan Caroline Kennedy, as well as Undersecretary for Arms Control and International Security Affairs Rose Gottemoeller attended the commemorative event, while US President Barack Obama was not present.

Earlier this week, White House said Obama could potentially participate in a ceremony in Hiroshima.