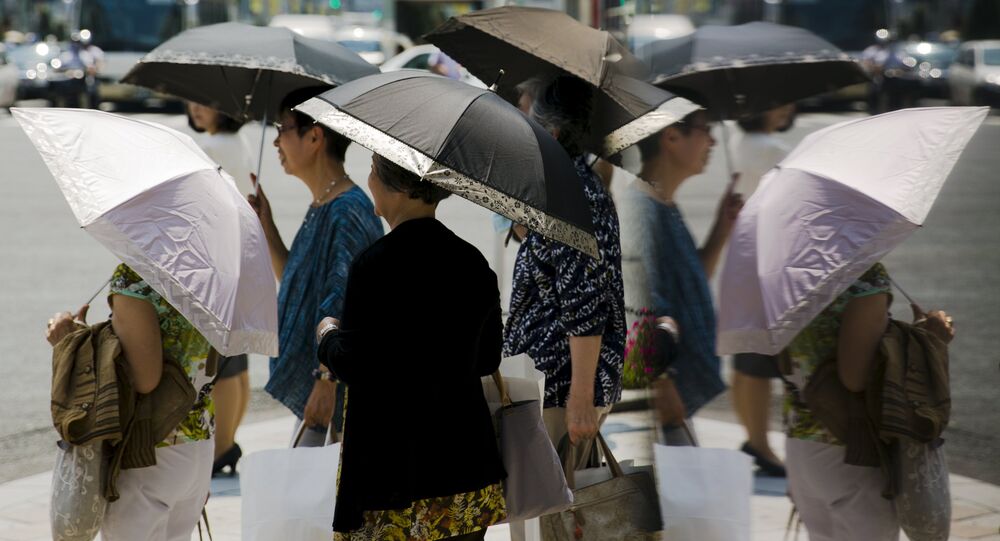 A heat wave in Japan caused the deaths of six people over the weekend,almost 40 Japanese nationals were killed by heatstroke since June.

TOKYO (Sputnik) — A heat wave in Japan claimed the lives of six people and left some 3,000 citizens hospitalized over the weekend, the NHK television channel reported Sunday.

According to the broadcaster, Tokyo and Osaka had the largest number of people requesting medical assistance.

Earlier in the day, meteorologists registered the temperature in Japan rising up to 103 degrees Fahrenheit.

To battle the long-standing heat wave, Japanese meteorologists urge citizens to use air conditioning, to avoid the streets and drink enough water.

Since June, almost 40 Japanese nationals were killed by heatstroke while some 25,000 have been admitted to hospitals, according to Japan's Fire and Disaster Management Agency.

About 780 Hospitalized in Wake of Japanese Heat Wave