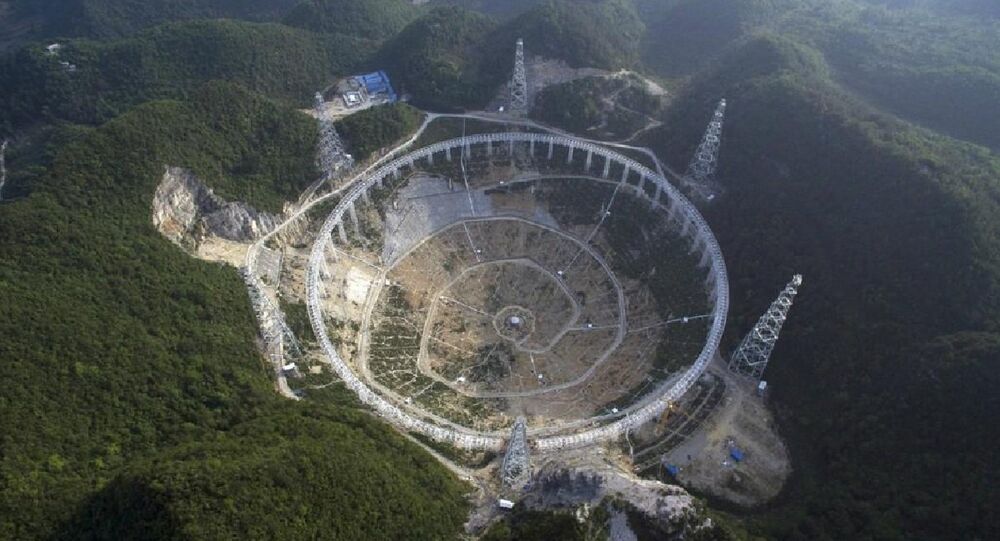 Made in China: Assembly of World's Biggest Radio Telescope Gets Underway

What will be the world's largest radio telescope has reportedly started being assembled in China; the project has been running since June 2011.

NASA/JPL-Caltech/GSFC/JAXA
Black Hole Telescope Snaps Sun's Colorful X-Rays
China has begun assembling a radio telescope which will have a dish the size of 30 football pitches when complete, the Chinese news agency Xinhua reported, saying that the 10,000-ton telescope will be the largest radio telescope ever made.

The five-hundred-meter Aperture Spherical Radio Telescope (FAST), which is being built over a natural basin in the southwestern province of Guizhou, is expected to "greatly enhance" the country's capacity to observe outer space, according to Xinhua.

The newspaper quoted Wu Xiangping, director-general of the Chinese Astronomical Society as saying that "having a more sensitive telescope, we can receive weaker and more distant radio messages."

He added that "it will help us to search for intelligent life outside of the galaxy and explore the origins of the universe."

FAST will consist of 4,450 triangular-shaped panels, which are currently being attached to the telescope's reflector by technicians.

As to the FAST disc, it will comprise of about 460,000 reflective mirrors with a total surface area exceeding 250,000 square meters; the dish will have a perimeter of about 1.6 kilometers, according to Xinhua.

© Sputnik / Vladimir Smirnov
Russian Scientists Launch Deep-Sea Neutrino Telescope Into Lake Baikal
In terms of size, FAST will overtake the Arecibo Observatory in the US territory of Puerto Rico, which is 305 meters (1000 feet) in diameter.

The telescope is somewhat isolated with no towns within a five kilometer radius. Scientists said this will provide the telescope with the ideal environment to detect signals from outer space.

The 700 million yuan (112 million dollars) project is scheduled to be completed next year.