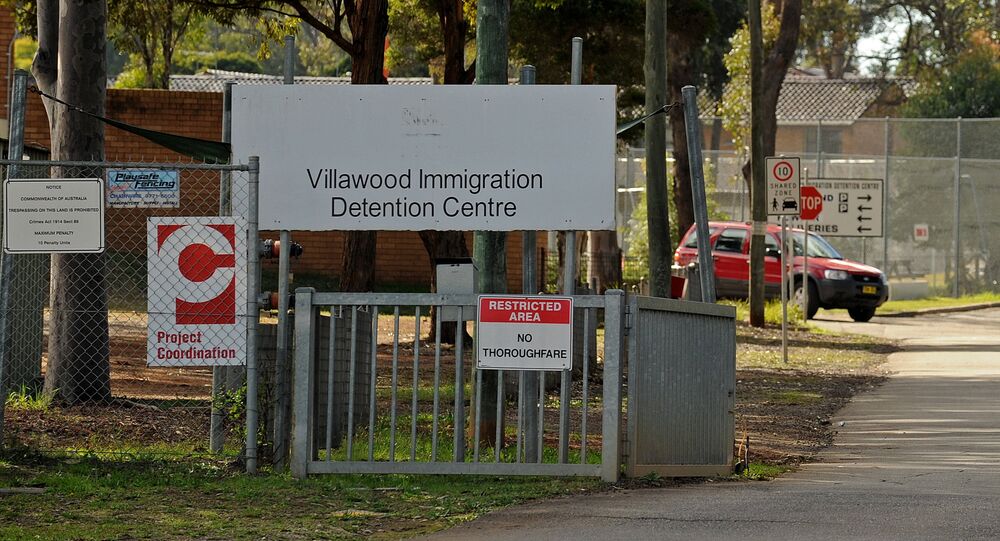 Inhumane conditions at Australian refugee centers reveal an attitude towards reckless asylum seekers that is less than accommodating but also a government aim to obscure some unpleasant facts.

© Flickr / DIBP Images
Detainees at Manus Island 'Beaten Like Dogs', Australia’s Rights Group Says
Rigid conditions in the offshore detention centers undermine the country's ability to deal with asylum-seekers and refugees.  Making matters worse is a new legislation, which came into force 1 of July and seeks to prevent any negative stories from leaking to the public.

The new law imposes silence upon doctors, nurses, social workers and teachers, threatening up to two years in jail if they report about sexual abuse, suicide attempts, poor living conditions and some other well-documented stories the centers has kept hidden.

The law affects immigration facilities at home as well as Australian-run camps on the remote Pacific island of Nauru and the impoverished Manus Island in Papua New Guinea.

Australia's professional organizations, including the Australian Medical Association, have united in their opposition of the law.

John-Paul Sanggaran, a general practitioner  who shared with Independent news agency the gruesome story in a detention center on Christmas Island, an Australian territory in the Indian Ocean, believes it will have a "chilling effect".

"It's clear that they want to silence people, to intimidate and scare them," he told Independent news agency.

The government had defended its position while claiming the law would affect only "sensitive operational information" rather than disclosures made in the public interest.

Before the law came into force, doctors and the center staff were obliged to sign a nondisclosure agreement, to protect information about the immigration center at the risk of losing their jobs and harming their careers.

Sanggaran has also outlined a lack of medicine and poor medical care as significant challenges facing the denter.

"We're taking tortured and traumatised refugees and putting them into dysfunctional camps with poor conditions and really terrible medical care, sometimes indefinitely, and children are being denied an education."

Starving, bedraggled and homeless immigrants straight off the boat have had their medication taken from them and disposed of, he stresses, even though often the drugs they needed were not available on the island.

Critical patients, whose very lives were at risk, were forced to wait weeks until they were transferred to the mainland to be treated.

© AP Photo / A D I C
Australian Gov't Ignores Abuse in Nauru Detention Center for 17 Months
The violation of the rights of ethnic minorities'? Tony Ebbot probably has never heard of it. He is busy trying to "stop the boats" although they still leave from Indonesia. The leaky ships are often encountered by the Australian Navy, turned round and sent back to the Middle East and South Asia.

The policy of mandatory detention of those who enter the country without a valid visa was introduced in Australia in 1992.

Asylum seekers, primarily from Iran, Iraq, Afghanistan and Sri Lanka, travel to the Australian islands by boat and are settled in offshore detention camps, such as the one on Christmas Island.

There have already been similar incidents in Australia in January of this year. Refugees seeking asylum in Australia being held at the detention facility on Manus Island have been subject to severe beatings by security guards, inciting the detainees to engage in a week-long riot in the facility.

The Australian Human Rights Commission, expressing alarm over the center, visited the immigration detention facilities on Christmas Island in October 2012. Investigations revealed numerous complaints from individuals in detention which resulted in the conclusion that Australia's system of mandatory detention constitute a breach of fundamental human rights.

Some 15,000 Protesters in Melbourne Demand Fair Treatment of Asylum Seekers