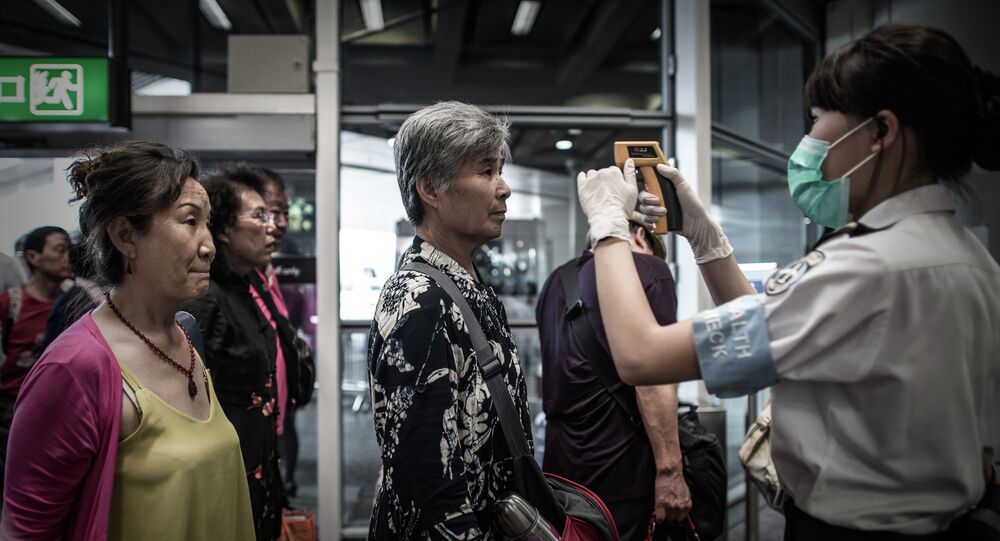 Three more people in South Korea came down with the Middle East Respiratory Syndrome (MERS), bringing the overall number of infections to 175, the country’s Ministry of Health and Welfare confirmed Tuesday.

TOKYO (Sputnik) – The death toll remained unchanged after rising to 27 on Monday. More than a half of MERS victims were over 50 years old, according to the ministry's statistics.

This comes after the Korean health authority reported last Friday that the outbreak appeared to have subsided.

Some 2,800 people in South Korea have been quarantined amid the deadly outbreak. They are discharged if the symptoms of the viral disease do not begin within 14 days of its incubation period.

The MERS outbreak in South Korea started in May 2015. It was caused in part by overcrowded emergency rooms and insufficient safety measures taken at the country's hospitals.

MERS was first reported in 2012 in Saudi Arabia and then spread to other countries. The viral respiratory disease is introduced from camels to people, with limited human-to-human transmission, according to the World Health Organization.

Number of MERS Cases Rises to 169 in South Korea