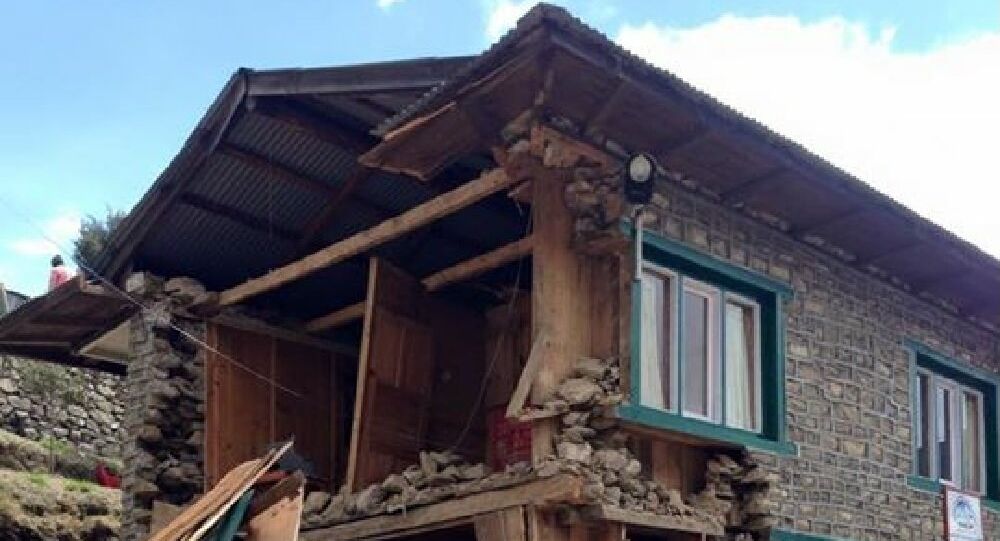 Russian Jet Departs for Nepal to Evacuate Over 40 People

The Russian Emergencies Ministry An-148 jet aircraft flew to evacuate 40 Russian citizens from Nepal, according to the statement of ministry.

On April 25, a 7.8-magnitude earthquake occurred 50 miles northwest of Nepal's capital Kathmandu, causing severe damage to infrastructure and claiming lives of over 6,000 people, according to UN estimates.

"At 08:00 p.m. Moscow time [16:00 GMT] An-148 jet aircraft flew from the Ramenskoye Airport near Moscow to evacuate 40 Russian citizens from Nepal," the spokesperson stated.

"In total, there have been 42 appeals from the Russian citizens, wishing to leave Nepal," the spokesperson specified.

On Wednesday, two Russian planes with about 100 rescuers and medical staff aboard evacuated 128 people, including 91 Russian citizens from the earthquake-hit country.

US Embassy Charters Private Helicopter for Rescue Mission in Nepal