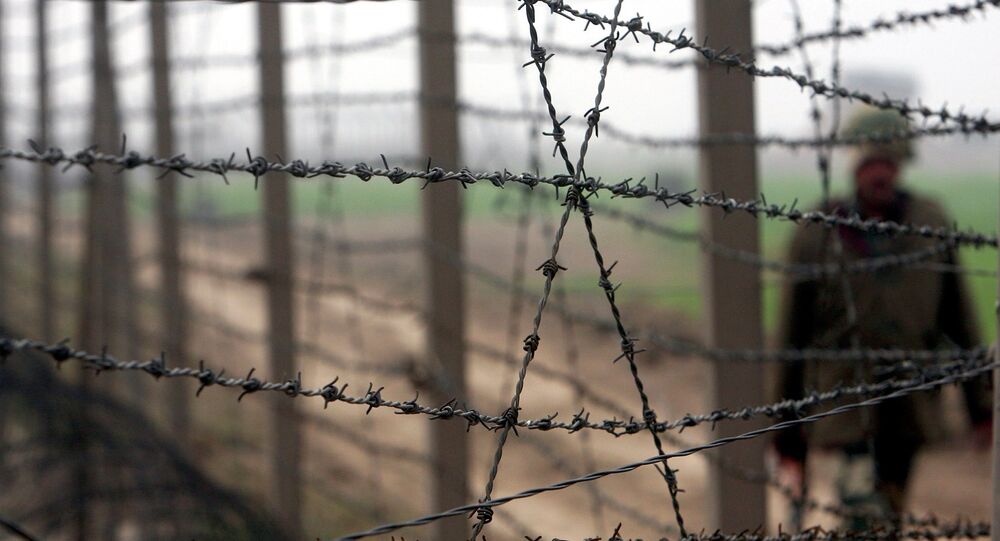 India denounced comments made by one of the leaders of a terrorist organization claiming official Pakistan's support in the Indian-administered Kashmir, a senior Home Ministry official told Sputnik on Saturday.

NEW DELHI (Sputnik) — Hafiz Saeed claimed in an interview with Pakistani television earlier that "Pakistan has always taken a stand that it is the right of a Kashmiri to get azadi [freedom]." Saeed is believd to be the founder of Lashkar-e-Taiba, a group responsible for the deadly Mumbai attacks in 2008.

"Now it is clear that what Pakistani government and its army is doing against India, inciting and helping the terrorists such as Hafiz Saeed to destabilize India. We deeply deplore these activities of Pakistani establishment."

Saeed held a rally on Friday in northeast Pakistan's Lahore in support of a Kashmiri separatist leader arrested earlier in Srinagar, the capital of Jammu and Kashmir.

Indian police arrested Masarat Alam following his anti-India rally held earlier in the week. The week-long protests in Jammu and Kashmir erupted after the death of a young man in a shootout with police in the region.

The region is the subject of a territorial dispute between India and Pakistan, marring relations between the two countries since the end of British rule in 1947. Following four wars and a number of military conflicts, India and Pakistan agreed to a ceasefire in 2003.

Both sides repeatedly accused each other of violating the truce ever since.

The shooting and bombing attacks perpetrated by Lashkar-e-Taiba over three days starting on November 26, 2008 in Mumbai, India's most populous city, claimed the lives of 166 people and left over 300 injured.