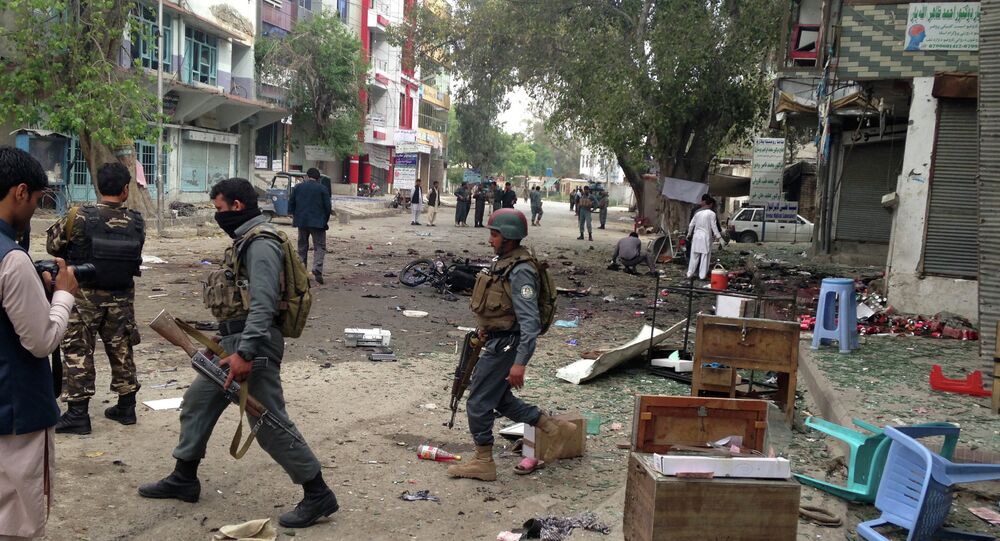 At least 33 were killed and 100 injured in twin suicide blasts in the city of Jalalabad, second largest Afghanistan's city, according to local hospital officials.

One blast hit the area near a shrine and an hour later another occured near the residence of the governor of the Nangarhar Province.

According to reports, one of the attackers detonated his suicide vest in a line of people waiting to receive their salaries at a private bank, 60 meters away from the scene of the first explosion.

The Ministry of Internal Affairs condemned the attacks and said security forces located another two explosive devices near the scene of the first blast and detonated it.

Moments a go Pres. Ghani arrived in #Badakhshan, he condemns this cowardly and heinous terrorist attack on civilians in #Jalalabad.

One more explosion of a magnetic bomb on a civilian car took place in the province's Behsood district later, killing one person and injuring another.

A spokesman for the Islamic State in the region said the group took responsiblity for the blast at the shrine.

Shaidullah Shahid a spokesman for #ISIS in the region in a text message climes responsibility of a blast in shrine in #Jalalabad city.

In their turn, Taliban rejected any responsibility and condemned the attacks.

However, earlier the group warned of assaults due to the presence of foreign military in Afghanistan.

The wounded were hospitalized. Many of them are in critical condition.

#Jalalabad residence are waiting to donate blood for the victims of suicide attack, which left 22 killed,50 injured. pic.twitter.com/QsJxMdY4rZ

The Afghan parliament members passed their condolences to the victims' families.