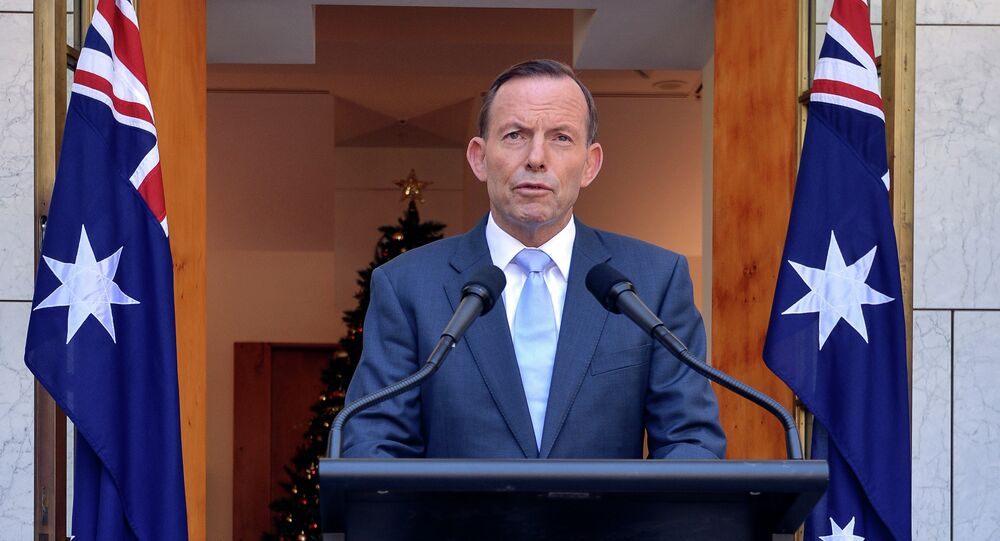 Australia's Prime Minister Tony Abbott has defied calls for him to step down after his contentious decision to make Britain's Prince Philip a knight.

Fotolia / Paul Liu
Australia’s Debate Over Wage Floors Intensifies as Economy Faces Slowdown
MOSCOW, February 2 (Sputnik) — Prime Minister Tony Abbott of Australia has said he is not going to resign amid pressure which was placed on his government due to his controversial decision to award Britain's Prince Philip a knighthood, the news agency AFP reports.

Delivering a key speech at the National Press Club in Canberra on Monday, Abbott made it clear that he was not considering stepping down.

"Let me make it absolutely crystal clear, we were elected in 2013 because the Australian people rejected chaos. And we are not going to take them back to that chaos. It's the people that hire and frankly it's the people that should fire," he said.

Abbott has repeatedly been slammed for his broken electoral promises, his inability to deal with policy backflips, and his government's unpopular budget.

Abbott's eyebrow-raising reintroduction of the notion of peerages last year sparked anger that he remains out of touch with national sentiment.

According to an opinion  poll of about 1,400 people released late last week,  voter approval for Abbott nosedived to 27 percent, while  Labor opposition leader Bill Shorten's approval rating climbed to 44 percent.

The dismal survey came after an embarrassing result for the Liberal National Party, which is closely aligned to Abbott’s Liberal-National coalition.During the 2015 Queensland state election on January 31, the party lost its largest political majority in Australia's history after just one term in office.

The result fuelled a possible party revolt against Abbott's leadership after the government slammed the result of the elections as "catastrophic".