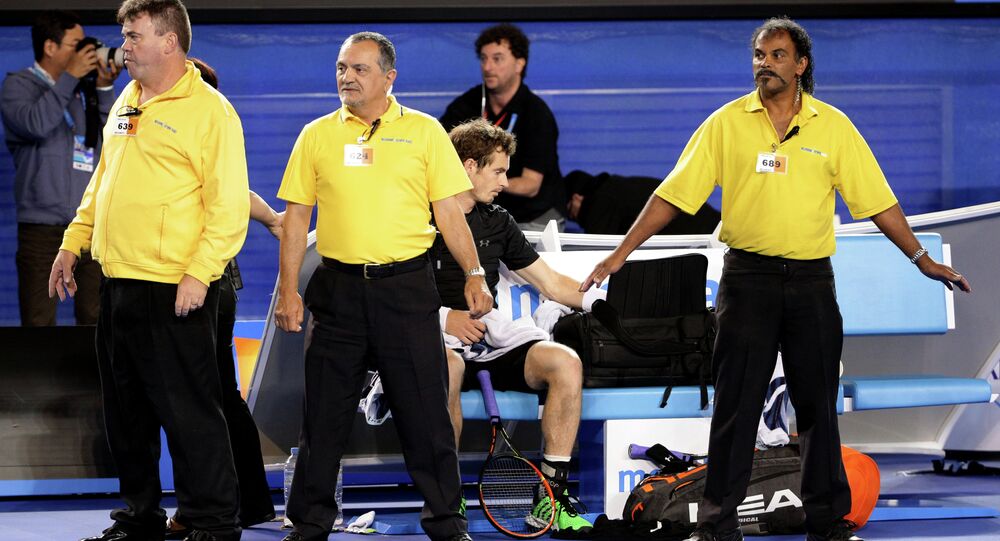 According to media reports, two people were arrested Sunday for running out on the court during the finals of the Australian Open tennis tournament in Melbourne.

"Two people have been arrested after a court invasion during the second set of the men's finals…Security responded immediately. Both were quickly removed with minimal disruption to the play," the tournament tweeted.

According to local media reports, the two women were arrested as they unfurled a banner, saying "Australia open for refugees #shutdownmanus." Several people were seen wearing shirts with similar slogans.

Refugees, mainly from Iran, Iraq, Afghanistan and Sri Lanka, seeking asylum in Australia, are settled in offshore detention camps, such as the one on Papua New Guinea's Manus Island. The camp has been criticized for its unbearable conditions, deemed equal to torture by Amnesty International and other rights groups.

In January, about 700 detainees took part in a hunger strike at the Manus island facility, protesting the Australian authorities' decision to resettle them in Papua New Guinea. The detainees claimed it would be unsafe, citing the local population's extreme hostility toward immigrants.