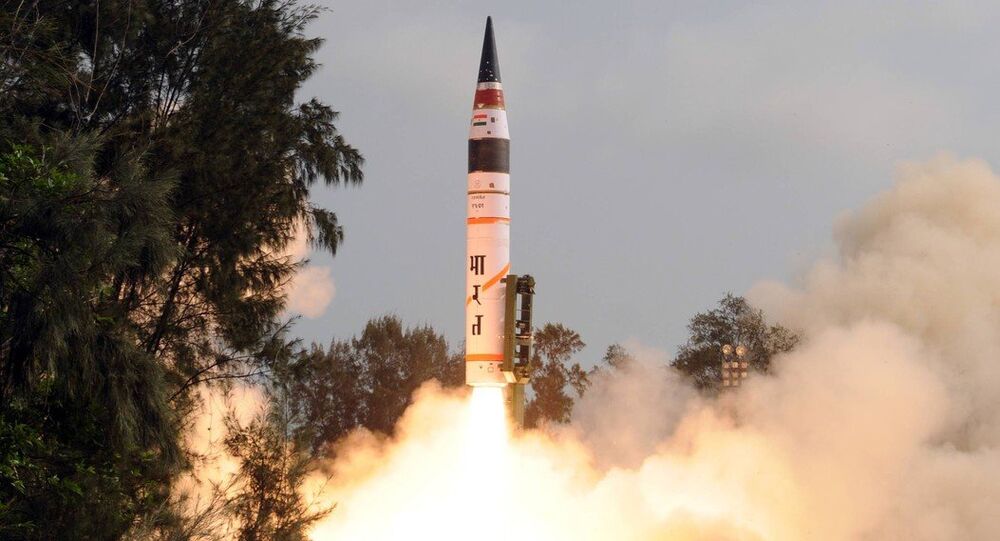 India has successfully test-launched a nuclear-capable long-range missile that has been dubbed the "China-killer."

Successful test-firing of Agni V from a canister makes the missile a prized asset for our forces. I salute our scientists for their efforts.

"The missile, witnessed a flawless 'auto launch' and detailed results will be known after all data retrieved from different radars and network systems," the Integrated Test Range director MVKV Prasad said, the Hindustan Times reported.

© REUTERS / Japan Maritime Self-Defense Force/Handout via Reuters/Files
India Considering Adding Japanese Soryu-Class Submarines to its Fleet
The missile has been dubbed the “China-killer” by media, as it is capable of hitting major Chinese cities such as Beijing.

The test launch was conducted from a mobile launcher, in the third such test since April 2012, according to the newspaper

The Agni-5 missile, which can reach as far a Eastern China, according to NDTV, significantly boosts India's military capability, as it can carry a 1,000 kilogram nuclear payload.